Bob O’Dell recently lost his father, Paul H. O’Dell, Jr. at age 93 1/2 in San Antonio Texas. He says a few words about him below.

Both my father and mother were pro-Israel Christians during their lives.  Their work plowed the fields for the call that I received in 2013 to go to Jerusalem and look for Orthodox Jews who might want my help in starting or growing their organizations. That is how I met Gidon in January 2014. However, my mother passed almost five years before that call so it was my father was my cheerleader and was my greatest encourager during that time.

When I would get home from a trip in Israel, I would visit him to show him photos or videos of whatever Gidon and I did on that particular trip. He quickly felt an affinity for Gidon even without having met him, and would often pray for God’s blessing on our work.

One day, Dad told me that he wanted to meet Gidon face-to-face. I replied, “I’m sure he would be happy to meet you, but he doesn’t have any plans to come to Texas right now.”

As the months rolled on, he finally said, “Please tell Gidon I will pay for one round-trip airfare to him to come to Texas!”  This was unlike any offer I’d heard him make in the past, but he assured me that this was what he truly wanted to do.

Within that next year Gidon and I decided to put together a book and speaking tour. Dad even made the arrangements to have us speak to his retirement home in San Antonio, and he gave some opening remarks.

Last year, after Dad broke his hip and moved into a nursing home I took Gidon to visit him a second time. When we didn’t find Dad in his room, we asked and learned he was down on another wing for rehabilitation. As we came around the corner at the end of the hall, there was Dad way down at the other end being wheeled back toward us in his wheelchair. We watched as he came down the hallway, making friendly conversation to many, calling out to staff and residents all the way down the hall, saying something funny or at least encouraging to each one.  When he finally got to us, he brightened at the sight of us and said,

“Why, hello Gidon!  And who is this young man you brought along with you?!”

Gidon exclaimed, “It seems to me that you are like a mayor of this facility!”

It was funny that Gidon, in a few seconds could sum up my father with words that none of us in the family had ever done. “Yep! That’s pretty much Dad!” 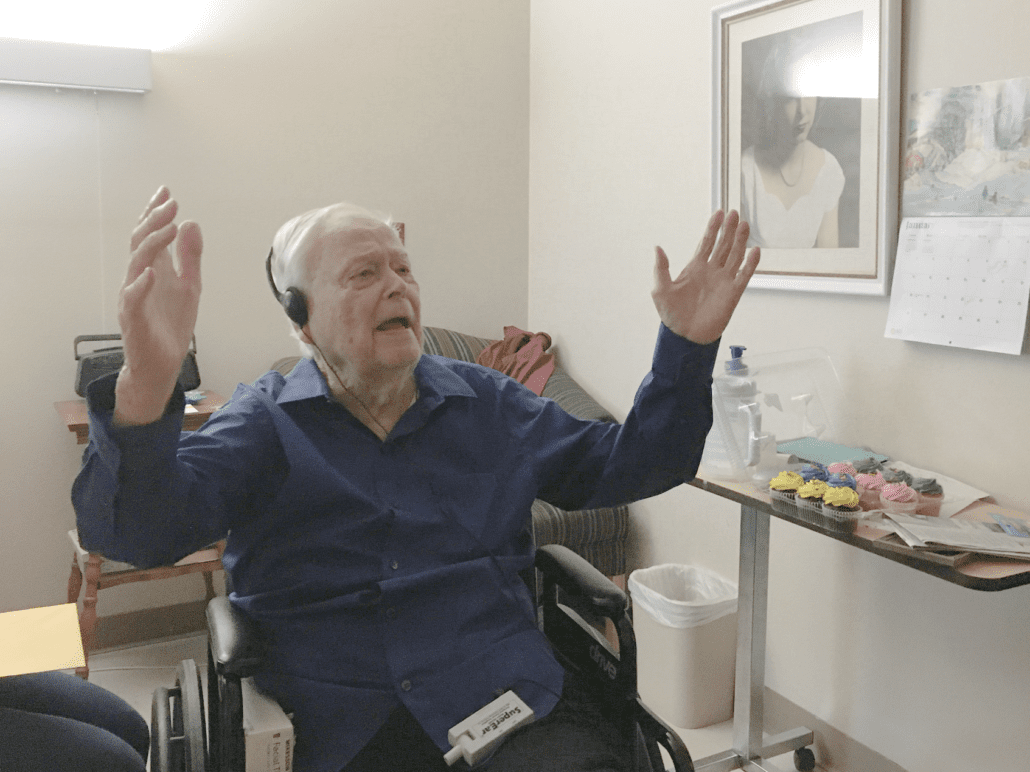 Paul O’Dell (Dad) receives a visitor on his 93rd Birthday in January.

Sharp-witted to the very end, Dad got his request of the Lord to pass in his sleep. He left us on Monday morning July 13, somehow waiting to pass until the regular week-day shift came onto the floor to make their early Monday morning rounds.

Dad was never a bother, always looking for ways to make things easier on other people. To pass on Monday morning was particularly helpful logistically.  It allowed the family plan and offer a graveside service in Dallas that first weekend and a memorial service in San Antonio the second.  As soon as all of that was done I transitioned right into participating in the 2020 Nations’ 9th of Av virtual conference and tour. Looking back, it was the best two-week pause within the summer in which he could have passed. All his children and grandchildren had seen him recently, and we now will all carry our sweet memories of him.

His obituary can be found by googling:  Paul H. O’Dell Jr. Obituary