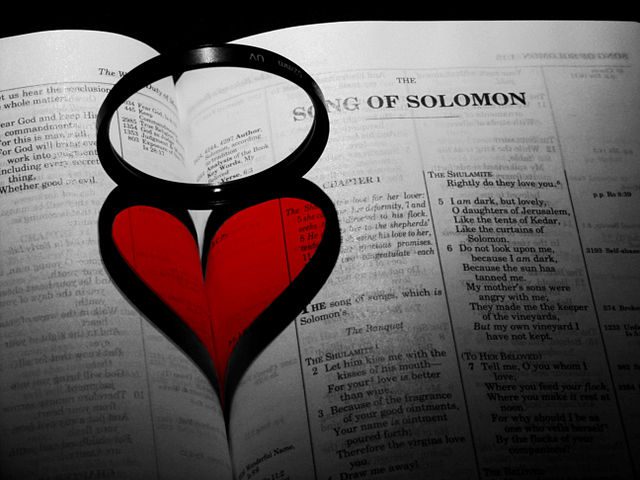 This morning our pastor was doing a teaching from Chapter 2 of the Song of Solomon. As he read verse 7 from the King James Version of the Bible at the end of the verse when the speaker was saying ‘nor awake my love, TILL HE PLEASE’. In my New American Standard Version the last three words are ‘UNTIL SHE PLEASES’. Another friend had a different version which had ‘UNTIL IT PLEASES’ for the last 3 words. I found this confusing so wondered which one is correct according to the Hebrew Bible. Can you speak on this?
Thank You and May our God bless your ministry of teaching mightily!
Shalom Betty, thank you for writing and asking such a fundamental question!

Some of these translations are based on one or more other translations, but ultimately, all of the translations are meant to be a reflection on the source text. The original Old Testament, also known as the Hebrew Bible, is just that, written in Hebrew.

Incredibly, although it was written between four thousand and twenty five hundred years ago (biblical critics would date it no later than eighteen hundred years ago), there are barely a few dozen discrepancies between the Hebrew Bible schoolchildren use in Israel today and the text discovered in the Dead Sea caves from the time of the Second Temple and Jesus!

This unity in transmission is exciting enough to be a part of, not even mentioning the divine content and message of the Bible.

This is why so many Bible-loving Christians feel so attracted to learning Hebrew, so they can experience God’s word and message as He meant it to be experienced.

(We at Root Source are delighted that we can offer one of the world’s best Biblical Hebrew teachers, Seth Young, and encourage you to try out his course.)

Regarding your specific question, that verse appears 3 times in slightly different formats in Song of Solomon: Chapter 2:7 as you mentioned; chapter 8:4; and chapter 3:5.

The whole Song of Songs is complicated poetry, so it is sometimes extremely hard to know for sure what mystery God is trying to convey to and hide from us, at the same time!

While it is unfair to question a specific translation or commentary without its author being able to retort, I would say that the translation of “he” is very problematic, because the original Hebrew has the verb in feminine form, so it is definitely either she (my female lover) or it (the noun “love” itself). From a simple reading of the text, I would say that the pronoun is related to the noun “love,” so the most proper translation would be “it.”

However, the last two words of the phrase is only one word in Hebrew – “sheh-tekh-patz”. I personally would translate this as “it wants [to]’, and NONE of those 21 translations did so!

So the bottom line is – keep studying!