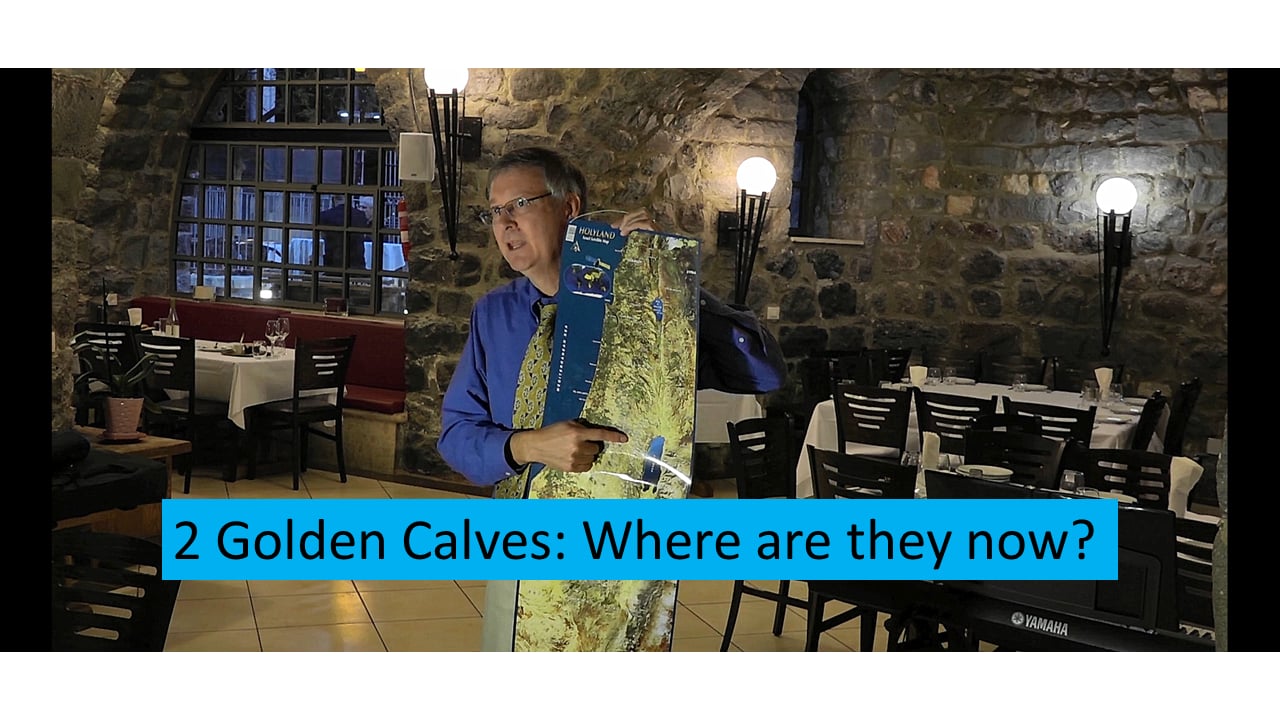 Where are they now? We see them every day! Bob O’Dell talks about the two golden calves that were set up in the Northern Kingdom of Israel in the towns of Dan and Bethel, and shares his opinion of what these two idols can teach us about everyone’s natural bias to lean either to the left and the right. Part 1 of 4 of a talk Bob gave in Tiberias Israel at the Jerusalem Channel Passover conference in April 2017.

Here are the lessons in the Bob at Passover 2017 course: