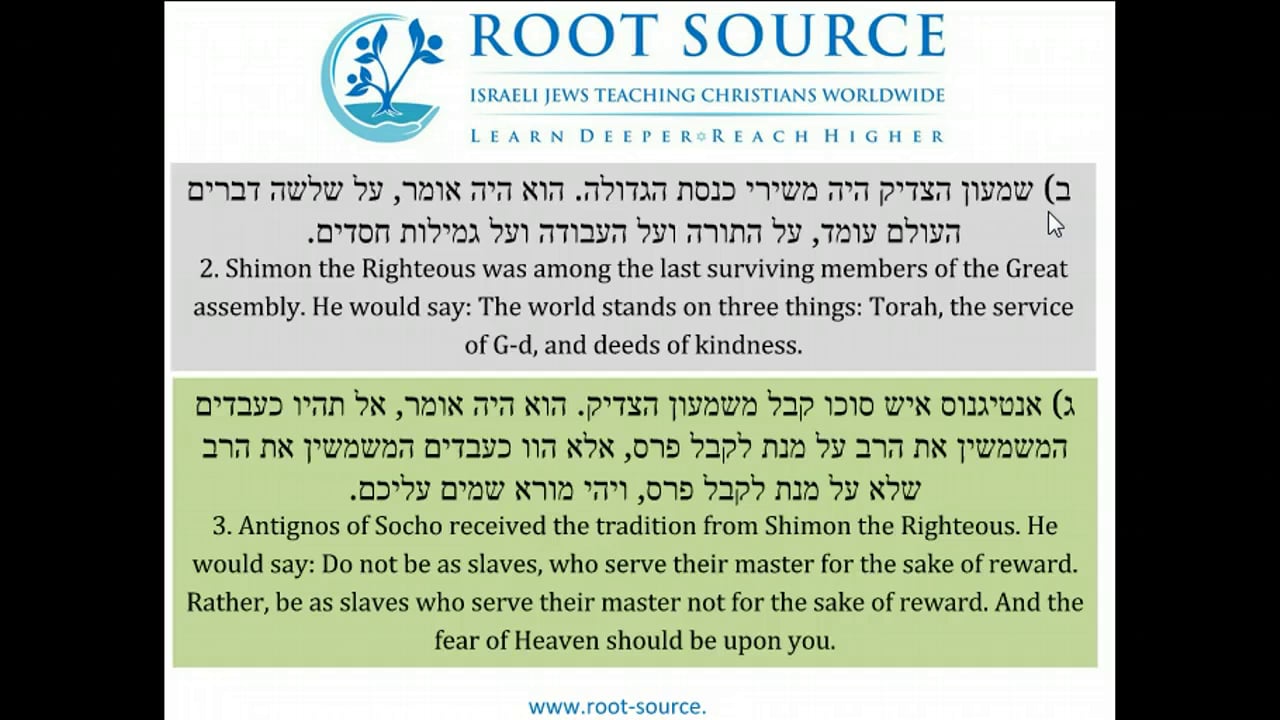 This lesson begins the second Mishnah in Chapters of the Fathers. Rabbi Adler takes on Shimon the Righteous (Hatzadik), one of the last surviving members of the great assembly and the profound three-part statement he made about the world. He then gives two different reasons why Shimon Hatzadik might have limited himself to only three. Bob’s Application: It is wonerful to see the three items listed by this ancient Father of the Jewish Faith. Indeed they are comprehensive in terms of a life well lived before God. In Christianity lists of three things are also quite common, over and above the obvious example of the Trinity! Think about a famous list of three in the N.T. this week and see how Shimon the Righteous’s list might compare or contrast. Not coming up with any? Here’s one idea. There are 3 main activities listed in Acts 6:2 and Acts 6:4 that the Apostles should be doing, but the first one — acts of service to others — were overwhelming them so that they could not do the other two: ministry of the Word and Prayer. These three (the need to be balanced in all of them) seem to fit very nicely with this lesson!

Here are the lessons in the Fathers 1 2-3 course:

Lesson 1
On What the World Stands