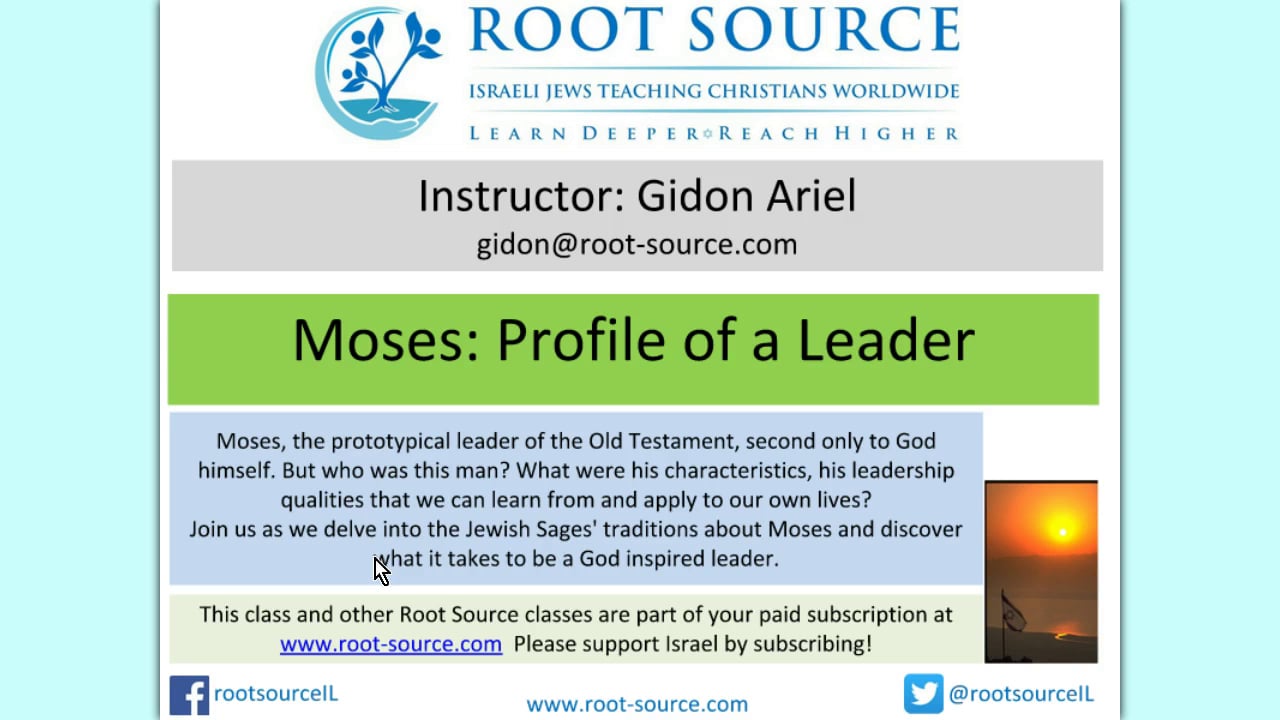 Series: Moses: Profile of a Leader

This lesson covers two simultaneous ideas that are held in Jewish thought — the idea that Moses was a leader of equal stature to entire generations of leaders, but secondly the idea that there is a leader in every generation that is of the stature of Moses. Are these contradictory? Gidon explains this thru the discussion of Psalms 99:6, which puts Samuel in the company of Moses. He then covers the meaning of the statements of the sages: Moses was equivalent to the 600,000 Israelites, to the equivalent to 71 in the Sanhedrin, equivalent to an entire generation, and Moses was equal to the men all of the generations. Bob’s Application: What we can learn here is also what Gidon suggests we learn, which is that when the Bible says something, it really is true. We must not belittle or minimize the words of God in the Bible. What the Bible says about Moses being a great leader is true. Nevertheless we must also not use those words to wistfully look to the past and simply say to ourselves how difficult is our current situation and say “If only we had leaders like that.” The key is to see that God raises up leaders in every generation that are equal to the task He has given for that generation.

Here are the lessons in the Moses 3 course:

Lesson 1
There is a Moses in Every Generation

Lesson 3
Mariam His Sister the Prophetess

Lesson 4
Explaining the Source of His Speech Impediment