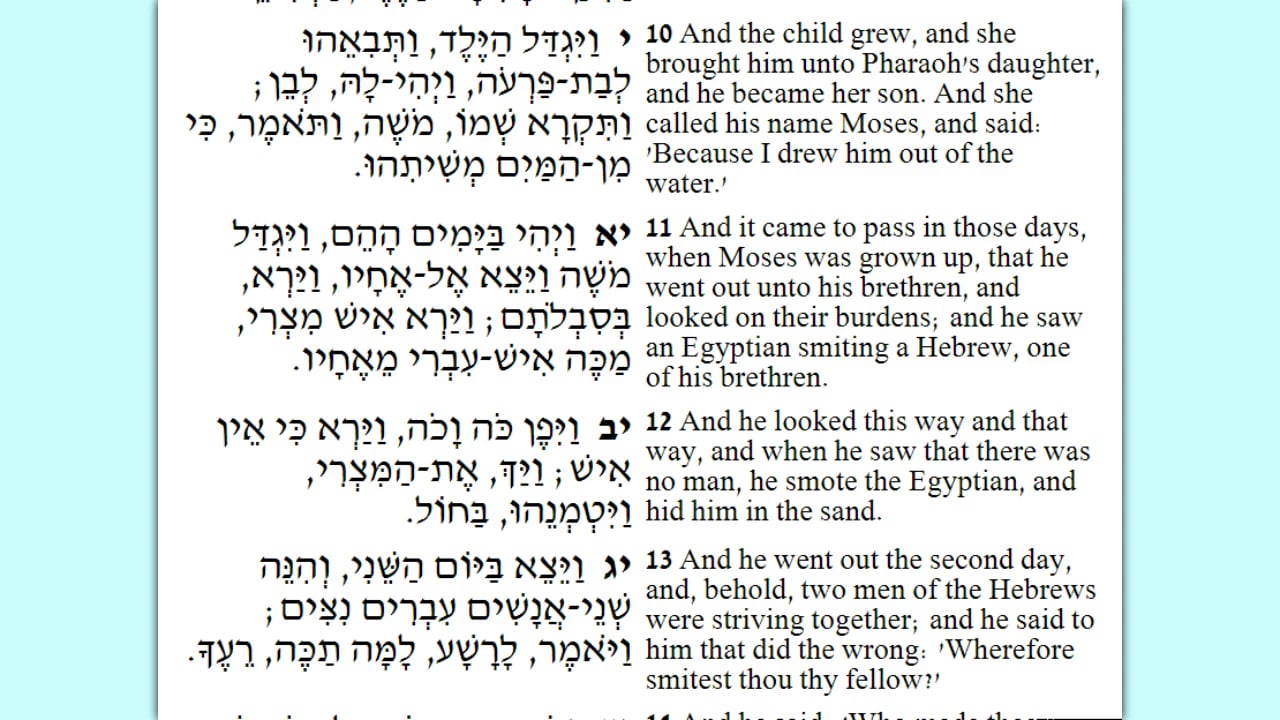 Series: Moses: Profile of a Leader

Gidon Ariel tells a story from the sages about how Moses got his start in instituting social reform on behalf of the Children of Israel while they still lived in Egypt. What was the reform that was instituted early on before Moses left Egypt? Here is a hint: It was more formally instituted much later and in much more detail in the giving of the law on Mount Sinai. Bob’s Application: The N.T. has references that parallel the approach taken by Moses in this lesson as the interplay between respect for authorities, and social disobedience as a last resort. I think of these verses. Do you see others? Romans 12:18. If possible, so far as it depends on you, be at peace with all men. Romans 13:1. Every person is to be in subjection to the governing authorities, for there is no authority except from God, and those which exist are established by God. Acts 5:29. We must obey God rather than men.

Here are the lessons in the Moses 4 course:

Lesson 1
The Social Reformer Under Pharoah

Lesson 3
Moses turns around and becomes a leader