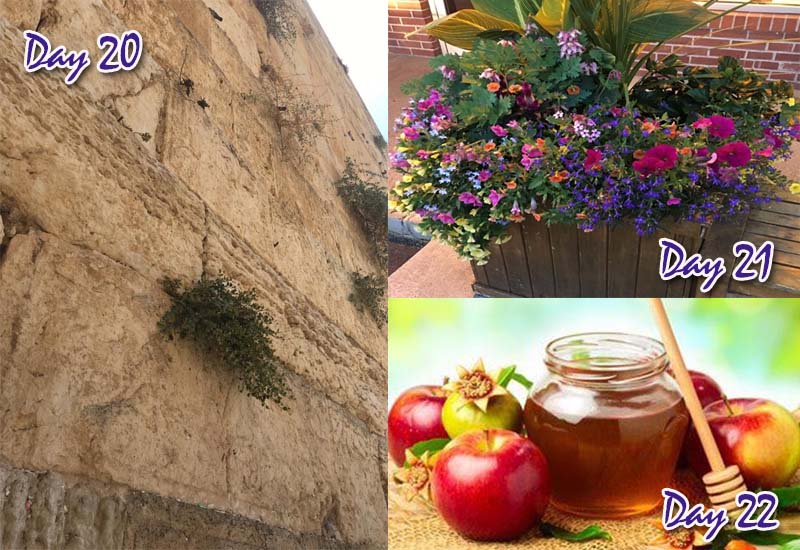 In a small Polish village, on the first day of Rosh Hashanah, it became the time honored custom for the villagers to go house to house to collect the worshippers and finally meet at the Rabbi’s house to escort him to the synagogue for the 7am starting time. On the way they sang, and asked for blessings, and heard stories, and it was heaven on earth. Upon arrival, the Rabbi opened the doors to the synagogue, looked around and shut them. “We cannot go in. The synagogue is full.” Well, considering the worshippers were all outside it would make sense it was empty, but full?? Someone chimed in, “Dear Rabbi, please check again.” And he did and said the same thing. Someone went in through the back door to see who could possibly be in there, but there was no one. Maybe the Rabbi had too much wine the night before, thinking it was Passover or something. He emerged from the synagogue and announced, “Not one soul is inside. How can the Rabbi claim it is full?” Dramatically the Rabbi opened the doors so all could see and announced tearfully, “Can’t you yourselves see this synagogue is full? It is filled with prayers…that had no wings. Prayers that were said without heart and soul, from rote, no emotion or feeling, no tears. It is full because these prayers with no wings sit here piled, and there is no room to enter.” This is the year to think of what we are saying, to be conscious and present, to focus and remember the power of the Days of Awe. Move those prayers with no wings out of the way, have a seat, connect, and make your prayers fly!

September 11, 2001, it was the worst of times, it was the best of times. The worst is seen in every harrowing and bone chilling video clip, as 2 airplanes a few minutes apart crash into each of the Twin Towers…the smoke, the flames, the collapsing of the seemingly indestructible buildings like a house of cards, the chaos, screaming and running covered with layers of debris, people…jumping…to their…death. Last phone calls of love and goodbyes. We will never see each other again. God rest the souls of the victims in NY and Washington and Pennsylvania. And it was the best of times. First responders entering the mouth of the hungry lion, police and fire rescue climbing stairs with excruciatingly heavy backpacks hoping to help, save rescue, risking their lives for an anonymous soul. Gutsy men and women looking for survivors while knowing they’ll never get out. The worst…somehow brought out the best. Who by fire? Who by thirst? Who shall be lifted, and who shall be thrown to the ground? Dear God, may our deeds of Repentance, Prayer and Charity save us from the evil of the decree.

Tuesday, September 12th, 30 days/30 reflections toward Rosh Hashanah,
Day 22
Many of us look for inspirational books to get us in the High Holiday mood. Sometimes a kiddie book proves most helpful. “It All Began with a Doormat” was a book we had in the house when our girls were little. It begins by the parents of the house noticing how shabby the doormat is and they get a new one. How lovely! Except now the front door looks shabby with the new doormat so a new front door is bought. How lovely! Though when you open the new front door close to the new doormat you see a faded and chipped breakfront that looks worn and ready for retirement so a new one bought. How lovely! But the entire wall behind the breakfront hardly does justice to the new piece of furniture so it gets repainted. How lovely! But the…..you can probably guess the end of the story: everything in the house has been upgraded and replaced, it’s practically a brand new house! How did it get that way? It all began with a doormat. In our own lives, often we go with a small change as a spiritual upgrade, which then trips another small change and another, and before you know it, you’re on a journey. Ask Jews who come from secular homes how they became observant, or not born Jews who convert to Judaism how they became serious Jews. The answer is often the same: it all began with a doormat. May we all, regardless of where we are now spiritually, find that “doormat” to deeper spiritual connection and growth.