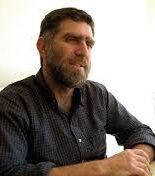 Root-source.com teacher, Rabbi Gedalia Meyer shares what many would agree is one of the most difficult topics to address: God. By definition, God is unknowable. How does one conquer such a subject?

Born in New York and raised in Los Angeles, California, Meyer was brought up in a liberal Jewish home. “We had a minimal connection to Judaism,” he explained.

As a student at Berkeley University of California, he joined the radical fights of the 1970’s, most of which were steeped in atheism. “Religious belief was considered anti-intellectual,” notes Meyer. “At the time, I had a negative view of Israel and no interest in Judaism.”

After college, as was common in those years, Meyer hitched his way across Europe. In a serendipitous moment, he met a wealthy Jew in Spain who offered to pay for a one way ticket to Israel so that he could find out something about Judaism. He declined the offer but promised the gentleman that, as part of his travels, he would visit Israel.

Keeping his word, Meyer caught a boat from Greece to Israel and found his way to a school which teaches Judaism to Jews with no background. “I planned to stay the afternoon,” recalls Meyer. “Instead, I spent a year studying traditional texts. Without planning, I became an observant Jew.”

What held Meyer’s interest in Judaism at that time? “The teachers were saying that Judaism provides a true path towards finding one’s purpose in life. I had never imagined anyone could have the audacity to make such a claim and was intrigued by the possibility.”

Meyer, his wife and several children, have lived in Israel since 1999. “Living in Israel has definitely increased the feeling that I am in the presence of God,” he noted.

Residing in Ma’ale Adumim, a city located on the outskirts of Jerusalem and “over the green line in disputed territory,” Meyer clarifies: “I am not a political activist anymore. However, I do believe that Jews should be able to live wherever they want in the Land of Israel.”

Meyer received rabbinic ordination from a well respected institution in New York. He became a rabbinical teacher to students who, like himself so many year before, were unaffiliated and uneducated in Judaism. He served as a community Rabbi in various locations before permanently residing in Israel.

Educated in the hard sciences, particularly physics, Meyer sees no conflict between science and religion. He feels that his scientific background actually helps him appreciate God on a deeper level. “Scientists have been redefining matter for some time,” explained Meyer. “They have now gotten to the place of realizing that matter can actually be made up of non-material components. Isn’t that where spirituality comes in?”

How did Meyer choose such a challenging topic as God? “It used to be that people argued which religion was true,” explained Meyer. “Today, the arguments are more about is there a God or not. For Christians who are seeking to know the source of their religion, I hope that my channel will enhance their knowledge and give a broad historical view of the topic.”

Though many think that they have a relationship with God, Rabbi Meyer’s course may just be the way to feel that you have received a personal introduction.