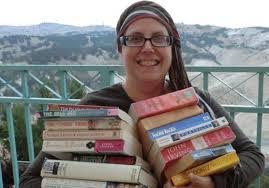 Dr. Rivkah Lambert Adler, our newest Root Source teacher, grew up in an unaffiliated Jewish home and has gone on to become a sought after teacher, writer and the wife of an Orthodox rabbi, Root Source’s own Rabbi Elan Adler.

How did this wonder woman change her life? Growing up in New York and South Florida, Rivkah thought that the only observant Jews lived in Miami Beach and were a dying breed. While getting her PhD in Higher and Adult Education from the University of Maryland, she found her way to an Introduction to Judaism class being taught by Reform and Conservative rabbis to non-Jews considering marrying a Jew. “It was just my level,” Rivkah recalls.

After completing the Introduction to Judaism course and having an adult Bat Mitzvah, Dr. Adler met a Jewish outreach professional who gave her a pop-quiz on Judaism. She failed royally.

Realizing that she still lacked basic knowledge of her own religion started Dr. Adler on her pursuit of Bible true studies.

Rivkah chose to focus on biblical women following several experiences in the Orthodox Jewish world which made her question the traditional view of women. She spent years exclusively learning what historical and accepted sources said about the status of women. This led to her well received teachings on Women in the Bible. In fact, for about three years she was the only Orthodox woman to have a Bible column in the Baltimore Jewish Times.

Following the tragedies of September 11, 2001, Rivkah became the motivating force behind her family moving to Israel, which they did in 2010. She has been blogging about women, Judaism and the importance of Jews living in Israel since 2004.

Root Source (RS): Why do you particularly feel that the study of women in the Bible is so important?
Dr. Adler: We know that we are near the end of days. Our sources tell us that the status of women will be restored at this time. Not that men and women will be the same at all. That is not our purpose. But, rather, that we will fix the mistakes that Eve made in the Garden of Eden and bring the final redemption. By learning what this is all about, we can all do our part to speed the redemption.

RS: Do you have a favorite biblical woman?
Dr. Adler: Serach the daughter of Asher is one of my favorites. Most people have never even heard of her. Yet, she had a powerful influence on the Jewish people for generations. She is a good example of the strength of women in the Bible. Avigail, one of King David’s wives, is also special to learn about.

When starting to research these women, you gain the greatest appreciation for the depths of Bible study using traditional sources. You can reach deeper and deeper inside and pull out more and more practical insights for today.

RS: What led you to teach on Root Source?

Dr. Adler: In 2002, I was working to recruit Jewish exchange students to study at the University of Haifa. It was the height of the second intifada and Jew students were discouraged from coming to Israel. Christian Zionists, however, were not dissuaded. Therefore, my work changed from bringing Jews to Israel to bringing Christians. I quickly realized the sincerity of this special group of people.

RS: What do you hope people will gain from your teaching on Root Source?
Dr. Adler: I feel really honored to be the first female Root Source teacher. I think that it is really important for people to not only have a man’s view of the Bible but also a woman’s view. Women have a different perspective and approach to learning. I hope to balance the scales in what I am teaching.