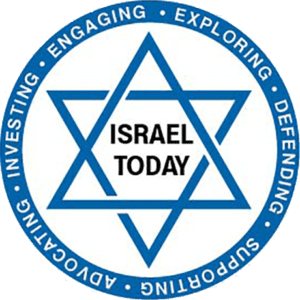 On August 7, 2017, We received an email from our good friend Vicki who informed us about a symposium that she attended in Dallas and how she wished we could have witnessed the event so unusual in that people of all walks, secular and religious, Jewish and Christian, came together with one thing in common, Love for Israel.

Hi Gidon, Avraham and Bob, I wanted to share with you about a symposium that I attended yesterday in Dallas thanks to Bob. It was titled Israel Today and was held at Temple Shalom in Dallas. It was such a blessing to me but at the same time I was a little sad because I wished that people in Israel could have witnessed this event so unusual in that people of all walks, secular and religious, Jewish and Christian, came together with one thing in common, Love for Israel. We got to hear from Boaz Golany from the Technion about all of the amazing technology that is coming out of Israel, BDS and anti-BDS, Israeli culture and food, US and Israeli relations, history and politics. There were so many topics and it was truly difficult to pick the four sessions to attend. If you want to see the agenda, this is a link: http://www.israeltodaydallas. org/ It truly was a day of celebration and support that blessed all of us who attended but I wish that people in Israel could have been there to share our common concern and care for Israel because I think sometimes you feel alone and isolated.I thought to myself that Israel truly is special and unique if for no other reason than to bring together such disperate group of people to get to know and fellowship with each other. It truly was a Psalm 133:1 day and I wanted to share the chizuk (thanks Avraham) with you guys! Blessings, Vicki

Norin, a good friend and neighbor of Gidon Ariel, wrote: