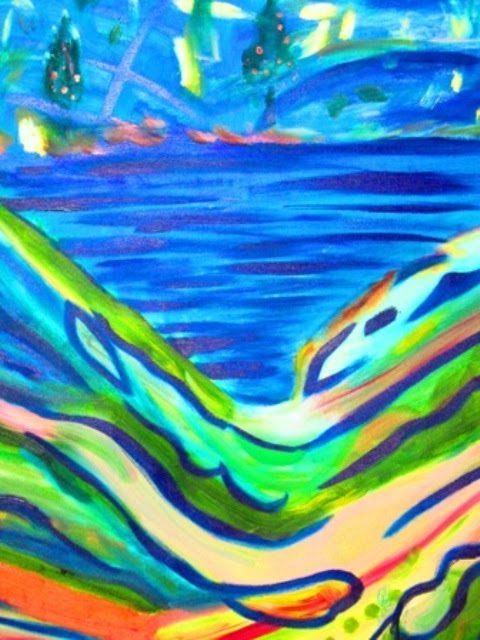 This week’s music: “One Heart”

Happy New Year! This week we were blessed to celebrate The New Year of the Trees, Tu B’shvat. The land of Israel is renewed once again. The trees begin to bloom, new fruits are on the way, and there is a beautiful air of renewal in The Holy Land. Everyone is planting, caring for the land and appreciating that which it gives us. It is a beautiful national expression of care for the ecology of our beautiful land.

As we are planting, investing our time and interacting it is clear that in order to reap the maximum benefits of our investments, we need to work together and invest in each other. Just as we pray three times daily in the plural form, asking for hope, forgiveness, sustenance, and good health for all of us, so too when we work the land we are not doing so only for ourselves, but for the nation of Israel, all of the inhabitants of the land, and at this time in history, for people all over the world that are blessed to benefit from our efforts and the gifts that God gives us here in Eretz Yisrael.

In this light I would like to call attention to a beautiful pamphlet from The Israeli Education Ministry from many years ago entitled, “Hagadah, The Seder of Tu Bshvat.” In it, the editors draw a parallel between the foundational aspects of each season in the year, what we derive, what we experience and the foundations of the relationships, “bein adam l’chavero,” between fellow people, friends. First and foremost we are inspired to realize that there must be a love of all of God’s creations. A person must fulfill the commandment taught in the Torah, “Vahavta l’rayacha kamoch, Ani Hashem,” and you should love your friend as you love yourself, I am God (Vayikra 19.18) As is taught, “so Hashem said to B’nai Yisrael, what do I require from you? I only ask that you love each other and give each other honor and respect” (Tana Dvei Eliyhau Rabah 26).

Similarly in his Sefer, Sh’nai Luchot Habrit (Shla”h) Rabbi Yehoshua Halevi Horovitz brings the Midrash which teaches us that at the foot of mount Sinai when B’nai Yisrael sinned by building the Egel Hazahav, The Golden calf, the angels came complaining to God about our behavior. Hashem’s initial response was, please go back down and let me know how they are behaving towards each other.

We also learn in the Talmud that Rabbi Akiva’s 24,000 students died in a sever plague “shelo nahagu kavod , zeh el zeh,” because they did not give proper honor and respect to each other (Tractate Yevamot 62.2). The greatest Torah scholars of that time period were killed because they each thought too highly of themselves in comparison to their friends and colleagues, and thus lacked the proper respect for each other. This mitzvah is a basic cornerstone for our very existence and “zchut” to be living in and working The Land. We must realize and actualize the absolute importance of caring, having patience, tolerance and mutual respect for ourselves and
each other.

How interesting is it that this great holiday, the New year of the trees, the renewal of our physical and spiritual growth often falls out on the week between the reading of portion of “B’shalach,” the miraculous splitting of the sea for us to cross through and the pinnace of our exodus from Mitzraim, the receiving of The Holy Torah, which is found this week in the Torah portion of “Yitro.”

In order to experience the total renewal of our existence from slavery to freedom, we needed to learn to live together. “During the third month of the B’nai Yisrael’s exodus from Mitzraim, they arrived at Mount Sinai… and he camped there opposite the mountain” (Sh’mot 19.1-2). 600,000 souls are described to be camping in the singular form, “and he camped.” Rashi explains that the B’nai Yisrael were ‘k’ish echad b’lev echad, like one man with one heart. We were mamash one. One with each other and One with Hashem.

This time of a year clearly reminds us of the benefits and basic foundation of committing to caring and uniting. This is mamash our gateway total exodus, to the ultimate redemption. For some reason we seem to be afraid of that gift which is waiting for us to be received. As Reb Shlomo taught us, “Why isn’t Moshiach coming? We are still a little afraid of it actually happening…. Rebbe Nachman says that you can’t taste the hidden light of the world unless you first get rid of fear, because fear can physically and mentally paralyze you. At the red sea we learned not to be afraid and to trust God in the deepest way. At mount Sinai we took that sense of full security and rolled it into the greatest unification that we have ever experienced. May Hashem bless us with the strength to put our selfishness aside, to put a final end towards hatred and to rise above all opinions in our sincere quest to create a loving renewal in The Holy Land for the whole world to benefit from.