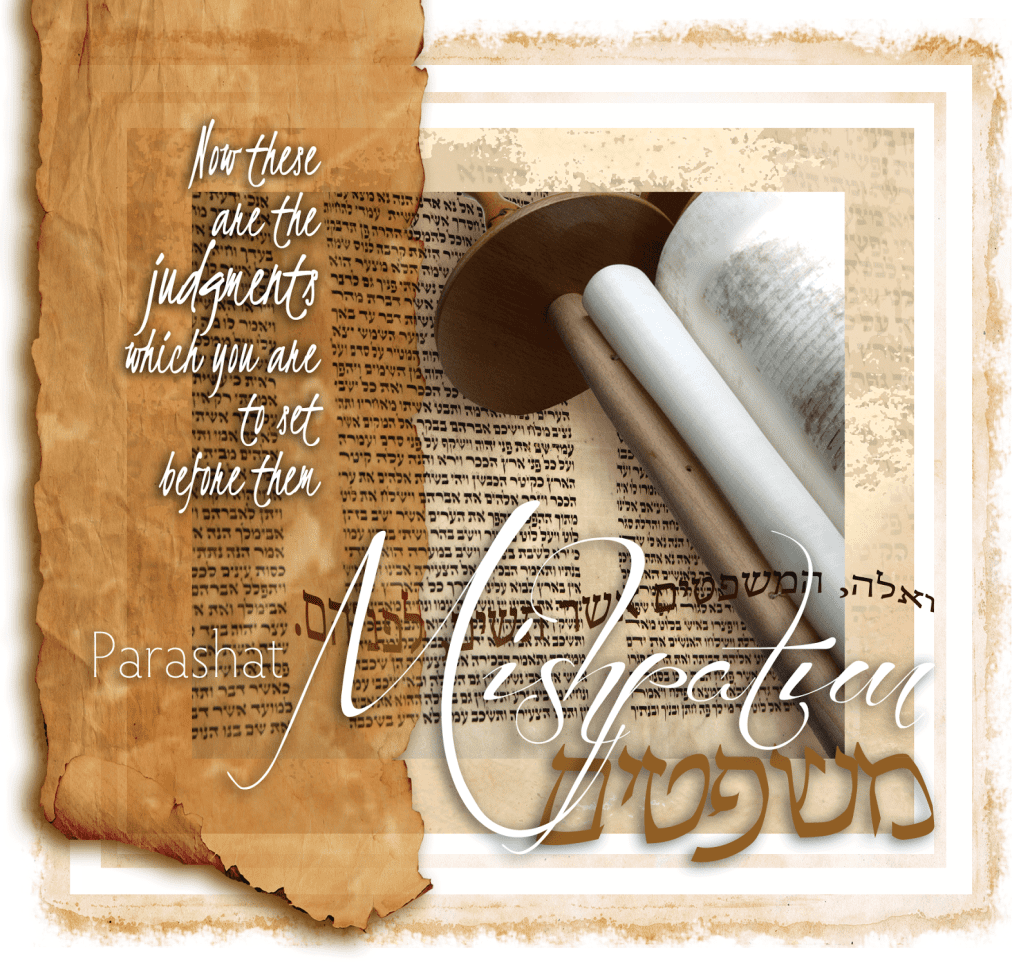 In this Shabbat’s weekly Torah portion, Mishpatim Exodus 21:1 – 24:18, following the revelation at Sinai, God legislates a series of laws for the people of Israel. These include the laws of the indentured servant; the penalties for murder, kidnapping, assault and theft; civil laws pertaining to redress of damages, the granting of loans and the responsibilities of the “Four Guardians”; and the rules governing the conduct of justice by courts of law.

Also included are laws warning against mistreatment of foreigners; the observance of the seasonal festivals, and the agricultural gifts that are to be brought to the Holy Temple in Jerusalem; the prohibition against cooking meat with milk; and the mitzvah of prayer. Altogether, the Parshah of Mishpatim contains 53 mitzvot—23 imperative commandments and 30 prohibitions.

God promises to bring the people of Israel to the Holy Land, and warns them against assuming the pagan ways of its current inhabitants.

The people of Israel proclaim, “We will do and we will hear all that G‑d commands us.” Leaving Aaron and Hur in charge in the Israelite camp, Moses ascends Mount Sinai and remains there for forty days and forty nights to receive the Torah from God.

In this week’s Haftara Prophets reading Jeremiah 34:8 – 34:22; 33:25 – 33:26, Jeremiah describes the punishment that would befall the Jews because they continued enslaving their Hebrew slaves after six years of service–transgressing the commandment discussed in the beginning of this week’s Torah reading.

King Zedekiah made a pact with the people according to which they would all release their Jewish slaves after six years of service–as commanded in the Torah. Shortly thereafter, the Jews reneged on this pact and forced their freed slaves to re-enter into service. God then dispatched Jeremiah with a message of rebuke: “Therefore, so says the Lord: You have not hearkened to Me to proclaim freedom, every one to his brother and every one to his neighbor; behold I proclaim freedom to you, says the Lord, to the sword, to the pestilence, and to the famine, and I will make you an object of horror to all the kingdoms of the earth.” The haftorah then vividly depicts the destruction and devastation that the Jews would experience.

The haftara concludes with words of reassurance: “Just as I would not cancel My covenant with the day and night and I would not cancel the laws of heaven and earth, so too I will not cast away the descendents of Jacob . . . for I will return their captivity [to their land] and have mercy on them.”

Happy studying!
The content in this page courtesy and copyright of Chabad.org