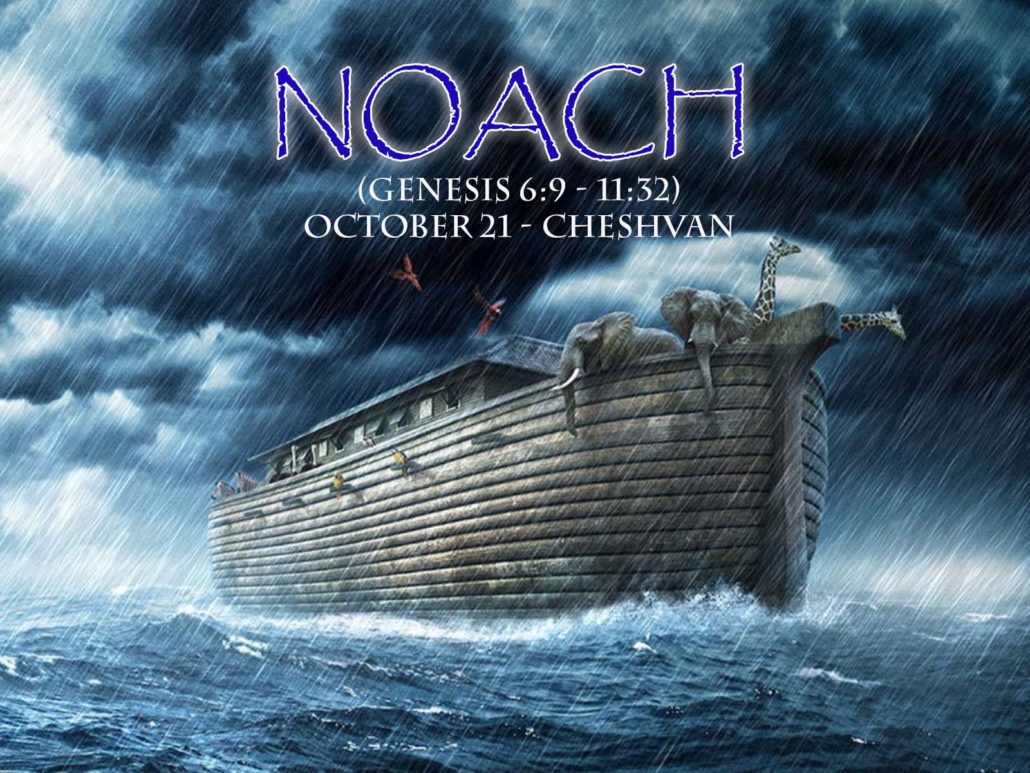 In this Shabbat’s weekly Torah portion Noach Genesis 6:9 – 11:32, God instructs Noah—the only righteous man in a world consumed by violence and corruption—to build a large wooden teivah (“ark”), coated within and without with pitch. A great deluge, says God, will wipe out all life from the face of the earth; but the ark will float upon the water, sheltering Noah and his family, and two members (male and female) of each animal species.

Rain falls for 40 days and nights, and the waters churn for 150 days more before calming and beginning to recede. The ark settles on Mount Ararat, and from its window Noah dispatches a raven, and then a series of doves, “to see if the waters were abated from the face of the earth.” When the ground dries completely—exactly one solar year (365 days) after the onset of the Flood—God commands Noah to exit the teivah and repopulate the earth.

In this week’s Haftara Prophets reading Isaiah 54:1 – 54:10, forsaken Jerusalem is likened to a barren woman devoid of children. God enjoins her to rejoice, for the time will soon come when the Jewish nation will return and proliferate, repopulating Israel’s once desolate cities. The prophet assures the Jewish people that God has not forsaken them. Although He has momentarily hid His countenance from them, He will gather them from their exiles with great mercy. The haftorah compares the final Redemption to the pact God made with Noah in this week’s Torah reading. Just as God promised to never bring a flood over the entire earth, so too He will never again be angry at the Jewish people.

“For the mountains may move and the hills might collapse, but My kindness shall not depart from you, neither shall the covenant of My peace collapse.”