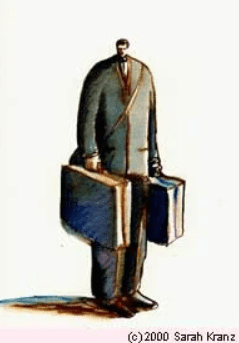 Jacob leaves his hometown of Beersheba and journeys to Charan. On the way, he encounters “the place” and sleeps there, dreaming of a ladder connecting heaven and earth, with angels climbing and descending on it; G‑d appears and promises that the land upon which he lies will be given to his descendants. In the morning, Jacob raises the stone on which he laid his head as an altar and monument, pledging that it will be made the house of G‑d.

In Haran, Jacob stays with and works for his uncle Laban, tending Laban’s sheep. Laban agrees to give him his younger daughter, Rachel—whom Jacob loves—in marriage, in return for seven years’ labor. But on the wedding night, Laban gives him his elder daughter, Leah, instead—a deception Jacob discovers only in the morning. Jacob marries Rachel, too, a week later, after agreeing to work another seven years for Laban.

Leah gives birth to six sons-Reuben, Simeon, Levi, Judah, Issachar and Zebulun—and a daughter, Dinah, while Rachel remains barren. Rachel gives Jacob her handmaid, Bilhah, as a wife to bear children in her stead, and two more sons, Dan and Naphtali, are born. Leah does the same with her handmaid, Zilpah, who gives birth to Gad and Asher. Finally, Rachel’s prayers are answered and she gives birth to Joseph.

Jacob has now been in Charan for fourteen years, and wishes to return home. But Laban persuades him to remain, now offering him sheep in return for his labor. Jacob prospers, despite Laban’s repeated attempts to swindle him. After six years, Jacob leaves Charan in stealth, fearing that Laban would prevent him from leaving with the family and property for which he labored. Laban pursues Jacob, but is warned by G‑d in a dream not to harm him. Laban and Jacob make a pact on Mount Gal-Ed, attested to by a pile of stones, and Jacob proceeds to the Holy Land, where he is met by angels.

The content in this page is produced by and courtesy of chabad.org