The following is a series of four pictures that shows what the recent September 23rd event actually looked like in the twilight sky.

NOTE:  For more information about what this event was all about, look at our previous blog post here.

Jupiter left the box, or “womb” of Virgo on September 8th.  Here below is a picture of that event on September 9.  Over the next few days the womb would disappear into the sun’s glare, so this was one of the last opportunities to see the entire box in the sky. 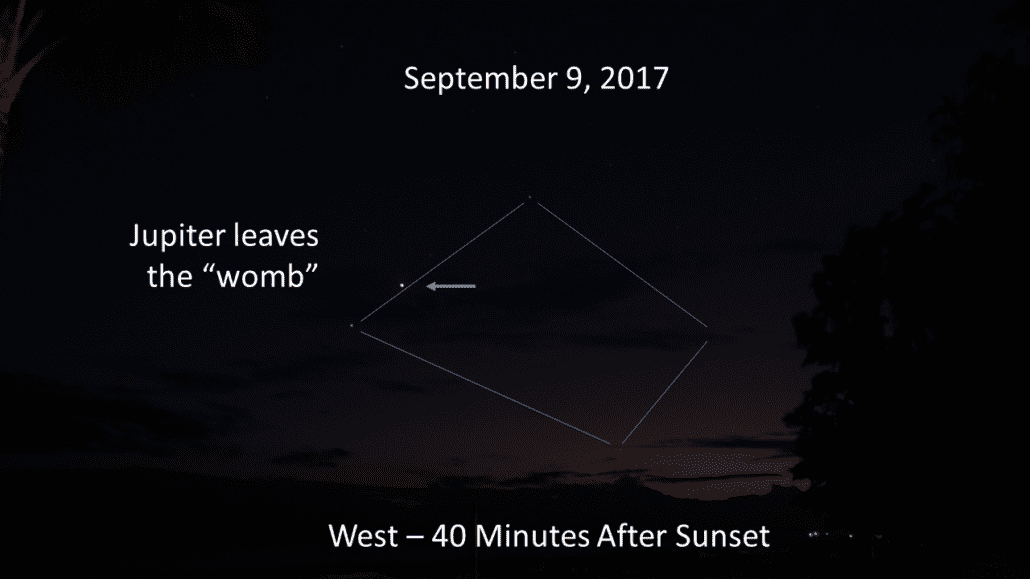 In the morning sky, below, Venus, Mars and Mercury made an appearance in the Constellation Leo, creating twelve “stars” rather than the typical nine stars.  Because of the brightness of the sky it was not possible to see all three planets and all 9 stars of Leo at the same time. Due to cloud cover on September 23rd I show a photo taken a week earlier, but the alignments on the 23rd remained very similar. 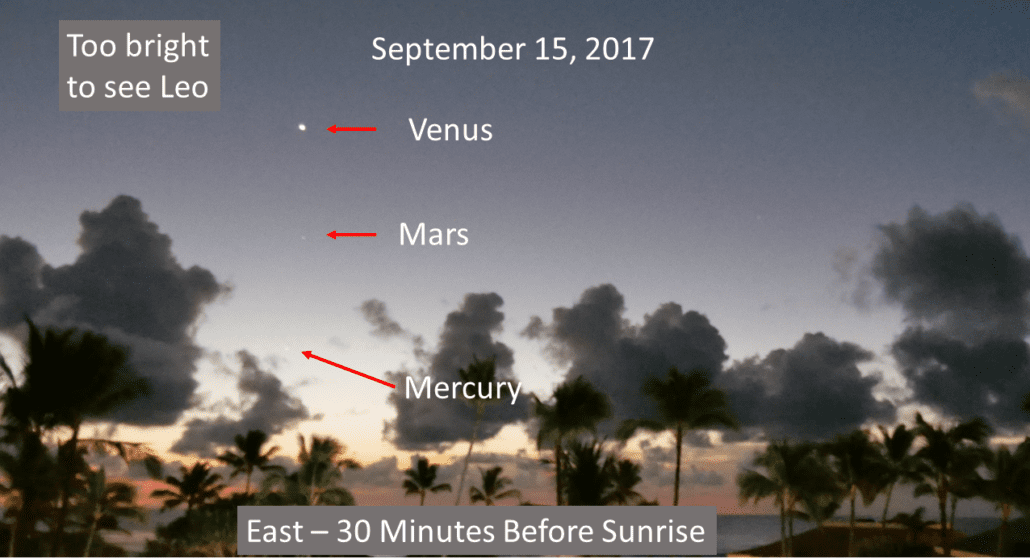 On September 23rd we watched the event in the evening sky.  Below is what it looked like.  Only one star of the box, plus Jupiter was still visible, but the crescent moon was easily visible above them. 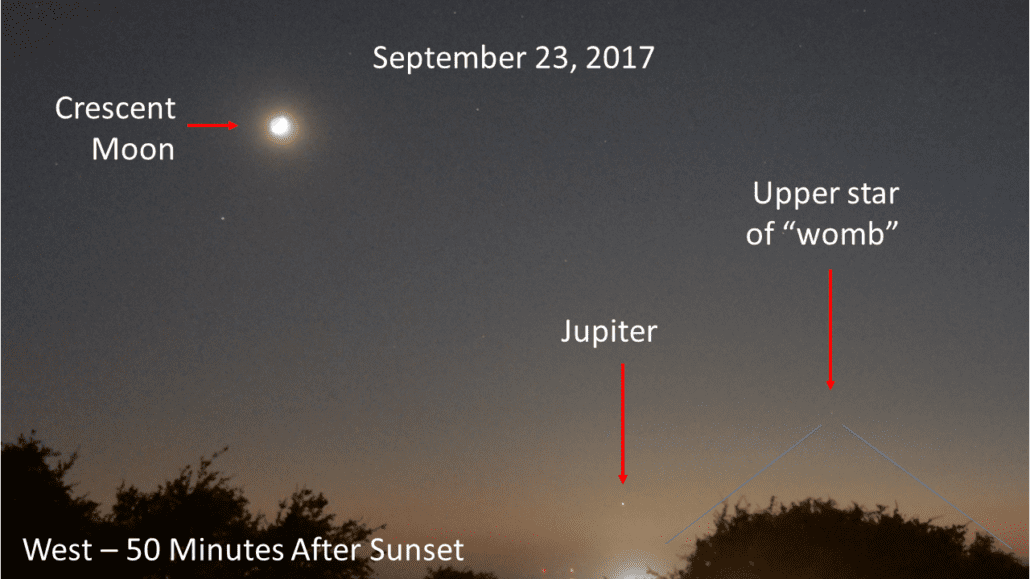 This last photo below shows how the moon appeared “under” the feet of Virgo, who is upside down in the western sky.  The moon  cannot ever appear exactly “under” her feet because its path never takes it there, but this is “as close” as it can be in this event. I added the blue lines so you can see the legs of Virgo attaching to her feet.

When viewing the scene in the sky, it was very difficult to make out the constellation Virgo because of the brightness of the sun.  This photo actually captured more than what was visible with the unaided eye.  The crescent moon looks like a full moon in the photo because of the long exposure required to see the background stars . 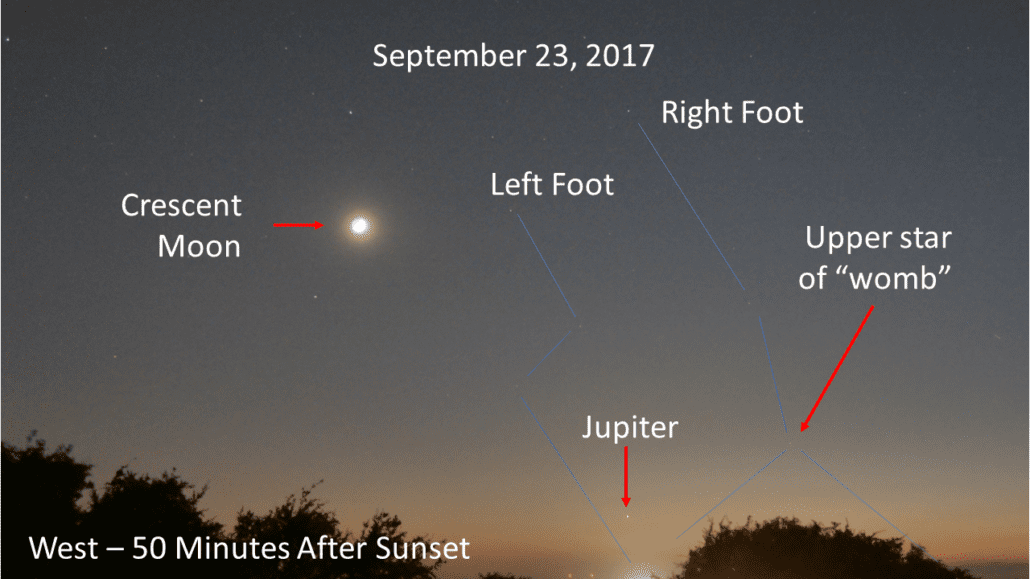 What were my impressions about this event?

Of course it was interesting to me because of all the work that I had put into preparing for, and understanding the event and its proposed meanings. But as I stood there and looked on, I thought to myself: “if anybody was walking by and looked that way, would they have stopped and taken any notice at all?”  Not really.  The scene looked simply like a normal crescent moon in the western sky, with Jupiter fading into the twilight.

Regarding the morning sky, the main issue was Mercury. That planet remains so close to the sun and is very hard to see, so by the time it has risen as the 12th star of the crown, the rest of the stars of Leo were all washed out by the glow of the sun. So I never actually saw twelve stars at once.

Finally, while many may begin to weigh in on this event and how it might relate to new events on earth, I would like to delay any comment on that until more time passes.