In our book Israel FIRST!, we promised to hold ourselves accountable for the various predictions we made.

Concerning the three waves of Blood Moons in our lifetimes: 1949/50, 1967/68 and 2014/15, We predicted that these periods would become to be seen as the rebirth of Israel in three different phases. We still stand by that prediction.

Moving closer to the edge, we also suggested that they might also signal the peaking of the United States in three phases as well: a moral peak, the peaking of power and respect, and more recently the peaking of material wealth. That prediction still seems reasonable to us.

But the topic today is the most “out on the edge” prediction we had on this topic from Chapter 9:

We could possibly be looking at the peak of all Western Civilization as we know it?

Regarding this last prediction, we must pull back today, the day of David Cameron’s resignation speech as Prime Minister of Great Britain resulting from the historic Brexit vote last month. 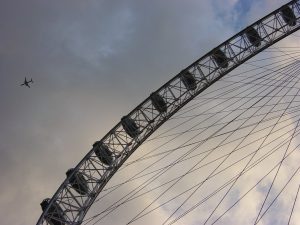 Even though the initial Brexit sent shock waves into the markets, and even though the Brexit has hammered investment sentiment in Great Britain, it seems to us that this separation is so important, and so much a part of God’s will for Great Britain, that we must no longer toss this nation into the bucket with all the other nations of Western Civilization.

Oops, we overlooked Great Britain! Let us not despise today as “the day of small beginnings.”

If the world. and especially the European Union points its collective finger at Great Britain and says “You renegade! You shall pay the price for this decision! You shall pay dearly for it in your own future economy!”, then we have no alternative but to stand against that flow and rebuff, and respond, “Just you wait!” Great Britain will grow over time, even if for no other reason than “God cannot be mocked” over the long term.

This does not mean that Great Britain is suddenly righteous and moral. God will not be mocked even within the borders of Great Britain. But on the world stage there is hope that 2016, that year which we claimed might be a Jubilee year — which is a year that wipes the slate clean to begin again — will come to be seen as the year of a great new beginning for Great Britain, one that gives it a future and a hope outside of Europe, and so that it will no longer have to reap the consequences of European decisions.

Could we be looking at the peak of Western Civilization as we know it? Not for Great Britain we aren’t. The nation that began to be sidelined following World War II, suddenly surpassed by the surging United States and the Soviet Union, is now 70 years later on a path to begin rising again. 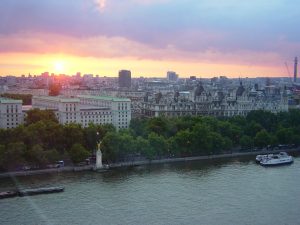 May the United Kingdom celebrate the 100th anniversary of its Balfour Declaration in November 2017, next year, and let it strengthen its relationship with Israel in every respect, without the shackles put upon it by the EU. As the UK blesses Israel it will be blessed.

All this leads to a new prediction, not in our book — we only wish it had been there:

Perhaps the best days of Great Britain are still ahead of it.

May God bless David Cameron for resigning quickly and with honor and grace, and may God bless the new Prime Minister, Theresa May. While God did not bless her with physical children, even though married 35 years, He has instead blessed her with an entire nation of potential sons and daughters.

May Prime Minister Theresa May, with God’s help, nurture and lead Great Britain into a new national identity and place in the world — one that is in the will of Almighty God — and along the way, as a by-product of God’s goodness and faithfulness, may this new national identity additionally put all the scoffers to shame!