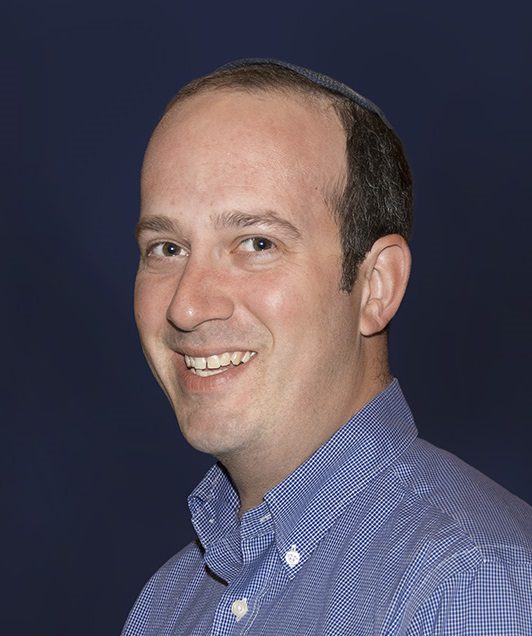 Rabbi Aryeh A. Leifert is a talented and exciting Bible teacher. He not only has Rabbinical ordination, but is also a sought-after tour guide in Israel. Known for making the rocks of the Holy Land come to life through his WalkingIsrael touring program (including virtual tours!), his Root Source course, Proverbially Speaking, gives a modern take on the ancient book of Proverbs.

Rabbi Leifert grew up in Teaneck, New Jersey. He has a BA in Near Eastern and Judaic Studies from Brandeis University, and spent two years studying at Yeshivat HaKotel in Jerusalem.

“My grandparents could not imagine that Jews and Christians would unite for such an important cause [as learning Proverbs], and I want to be a part of that,” reflected Leifert.

A loving husband to his wife Michal, and the proud father of five children, Leifert moved to Mazkeret Batya in central Israel with his family in September 2009. “I was raised as a passionate Zionist, and I hoped I eventually would live in Israel,” explained Leifert. “It happened faster than I thought it would. God had other plans for me.”

After serving as a community Rabbi in the United States, it became clear to Leifert that he was meant to live in Israel. “I literally looked up at the heavens and said, ‘I got it. It’s time to go home to the Jewish state.’”

Knowing that Israel is filled with learned rabbis and teachers, Leifert decided to become a tour guide along with teaching the Bible. “There is nothing like actually visiting the places we learn about in the Bible. Israel is the place where the stories come to life,” shared Leifert.

Launched in January 2015, Rabbi Leifert’s upbeat and interesting approach to teaching the Wisdom of Solomon through Proverbs on Root Source helps build common ground between Christians and Jews.

Before moving to Israel, Rabbi Leifert served in San Antonio, Texas, as the Assistant Rabbi at Congregation Rodfei Sholom,  and as Director of Judaic Studies at the Eleanor Kolitz Academy. It was in San Antonio that he had his first close experiences with believing Christians. “Nearly every Sabbath as I passed one of my Christian neighbors, he would declare, ‘Isn’t this a glorious day the Lord has given us?!’ I understood that Christians and Jews share many similar values – not with theology, but with the speaking of the same Biblical language.”

In San Antonio, under the guidance of Rabbi Aryeh Scheinberg, Rabbi Leifert befriended Pastor John and Diana Hagee of Cornerstone Church. Seeing 5,000 Christians passionate about the welfare of Israel and the Jewish people, without having an agenda to try to convert Jews, was a catalyst for Rabbi Leifert to join Root Source.

“One email from Pastor Hagee to his congregants asking them to contact Washington, D.C. concerning Israel’s welfare, and the White House is inundated with phone calls,” Leifert noted. “Jews have historically been good at recognizing our enemies. It’s time that we recognize our friends, as well.

“When I ask Christians why they help Israel and the Jewish people, they quote Genesis 12:3: ‘I will bless those who bless you, And those who curse you, I will curse.'”

Through Rabbi Aryeh A. Leifert’s Proverbially Speaking class, no doubt many more blessings will be shared.