In our book Israel FIRST! we said all nations would be held accountable for their behavior before God. God increases the pressure to we might turn back to Him!

In this new Seven Year cycle we just entered, we have already seen an increase in God’s pressure all around the world.

How shall we respond? Or let me ask pose that question to myself personally: “How are you responding, Bob O’Dell?”

In addition to my work with Gidon at Root Source, I have been investing a significant amount of my own time and resources to plan and support a brand-new conference called Light2016.com

The idea is so simple and powerful: 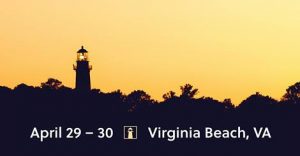 Let’s go back to the exact place where America was founded in 1607, on the 409th anniversary of that founding,Repent for the Sins of America, and Rededicate to God’s original plan for America.

Our speakers include Bob Bakke, Jenifer LeClaire, Rick Curry, and more. But don’t just come to hear them speak, come to take action and PRAY and REPENT with them.

Light2016.com is free to attend, because you can’t put a price on repentance.

Go to the website at Light2016.com and RSVP today for this amazing event in Virginia Beach, Virginia.