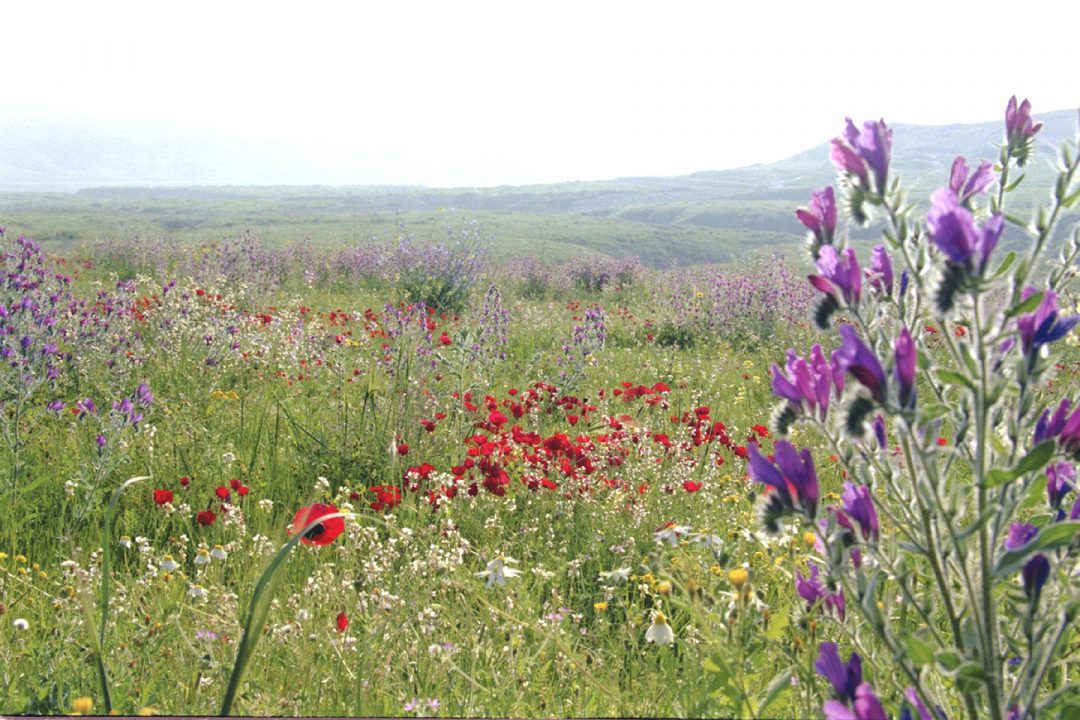 After last week’s column regarding Adam and Eve’s sin, let us take on a more pleasant topic, one not directly confirmed in the Hebrew Bible: Eve’s beauty.

The topic of beauty, as it pertains to women, is a highly charged topic, even today. Much time and attention is spent by women to cultivate it, enhance it and to preserve it. Conversely, men spend time observing and appreciating in ways too numerous to count.

Was it always so?

And why should Eve’s beauty even matter to godly women today, who probably feel that they need to spend less time worrying about their looks, not more!

NOTE: I already said that this series was going to take courage to write, and you probably won’t find a man less professionally qualified to give advice on beauty than me. So if this article is uncomfortable to read, imagine how uncomfortable it is to write!

From the very beginning God made Adam visual. We see it in Genesis 3:22 when God brought Eve to him first. God did not describe her to Adam with words. Adam did not hear Eve first — she did not call out to him from behind a grove of trees, and then come out to meet him. Moreover, Once God brought Eve near, Adam looked at her, observing her, before he spoke.

Finally he broke the silence and said those famous words:

Now, I’ve never heard those words used as a pickup line in a movie script. And it doesn’t prove Eve’s beauty, but clearly Eve’s appearance created an impression, an impact, on Adam. And Adam, having finished naming all the animals, quickly decided to name her as “isha” (woman) since she was taken out of ish (man).

As an aside, I think he may also have established a verbal precedent that feminine words and names often end with vowels (isha) rather than consonants (ish). For example, my name is Bob, but I married Marisa. It makes even more sense if you believe, as the Jews do, that Hebrew was the original language of mankind.

Even the first sentences spoken between Adam and Eve provide us clues that point to the idea that relations between men and women have not fundamentally changed in thousands of years.

My wife suspects that Eve was stunningly beautiful. I tend to agree. While the Bible does not explicitly confirm that, it gives us a clue when it talks about all women.

According to the chronology of Genesis, the flood came in year 1656 after creation. In Genesis 6:2, even after hundreds of years of sin, perhaps well over one-thousand years of time for sin to have its damaging impact on the world, women, generally speaking, were still so beautiful that the sons of God (literally Nephilim) saw (raah) them as beautiful and took them as wives. Therefore if Eve is the mother of all those women, how could she not be beautiful too?

I knew a Chinese woman from Beijing back in the 80s, who was attending school at the University of Texas. In one of our small group meetings at church she explained some of her research, which was to understand what defines beauty across various cultures of the world. She told us that after doing much analysis of the faces of people around the world, that the foundation of beauty comes from “a lack of deviation” from the norms.

So if God formed Eve with his hands, and placed things exactly where they were “supposed to go”, then she was extremely beautiful.

Why does Eve’s Beauty matter today?

The fact that God made Eve beautiful, even more beautiful than Adam was handsome, makes perfect sense to me. The Jews have noted that Eve was the last living thing made by God, and it would be just like God to save the best for last. In addition, as we noted last time, it was not lost upon God that Eve was formed second. So her beauty, I believe was part of God’s package of goodness that He would provide for her, given that He was not able to give her the same role as Adam.

But what has always bothered me, and I wonder if it has also bothered you, is the fact that physical beauty is not even close to being uniform among women today. Why are some women given such gifts of beauty from God and some are not? Studies show that those differences in appearance affect people’s lives in significant ways.

I remember hearing about the study done where fifty women’s wallets were purposely left in fifty different phone booths scattered across a city. In each wallet was no money, but just her driver’s license, her phone number, and a dime. (Yes, this story is from long ago!) Are you ready for the twist. Can you guess what they wanted to test?

In twenty five of the wallets, the picture of the women on the driver’s license was beautiful, and in the other twenty-five wallets, she was decidedly unattractive. The study recorded how many people who randomly entered the phone booths called the phone number to report the missing wallet. The results made me sick to my stomach. Something like 80-90% of the beautiful people got a phone call, and only 20% of the not-so-beautiful people.

After pondering this disparity for some years, I happened on a question: what is beauty designed for?

I have never heard a sermon on that one, have you?

In one sense there is an easy answer — beauty is an expression of the nature of God, just like He made beautiful flowers and color in nature for us to enjoy. But that alone is just not enough of an answer for me. I want to hear a redemptive answer! If a person has been given great beauty, then what does God intend for them to do with it? 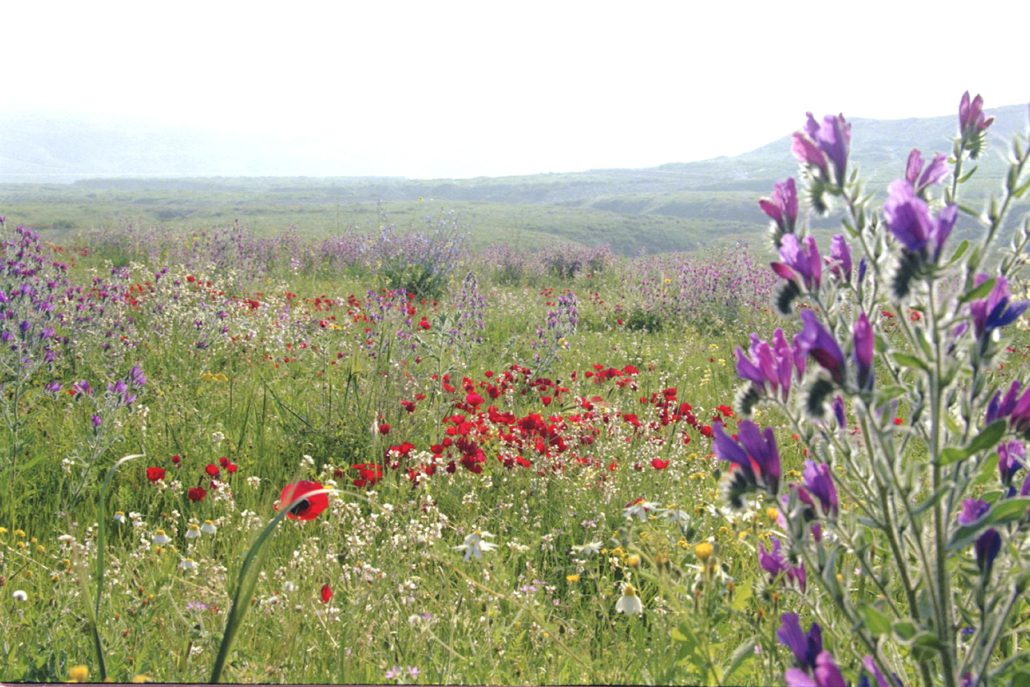 And now we have come to that thing that I would like to say to all women. But I’m not going to address just beautiful women here, but all women, because all women have certain aspects of beauty. And conversely even tremendously beautiful women in our culture see things about themselves that they do not like — aspects that do not make them feel beautiful, or at least not as beautiful as they could be.

That physical beauty can aid God’s plan of redemption, when you “present it” to those who consider themselves less beautiful than you, who have nothing to give you in return.

By “present it” I in no way mean to exhibit it unduly or in any way to be immodest. By present it, I mean: to purposely place yourself in the the company of less beautiful people, while doing whatever work God has given you to do.

This is how beauty becomes wholly redemptive.

In the eyes of the world, beautiful people naturally run in circles with other beautiful people. Therefore, to the extent that you are willing to break that pattern, and to associate with, be kind to, and love those people who are less attractive than you, you shine God’s light of redemption on the world.

Do not underestimate the power you hold with your presence, and a smile.

When Adam saw Eve he was changed by her. He found expression to language, and found an increased personal value in being created in God’s image, when he saw that beautiful person who would willingly be brought near to him — to come into his presence.

Therefore, dear woman of God. With whatever beauty you have been blessed with, use it to bring God’s goodness into difficult situations. Be willing to walk into the same room as the poor, the needy, the unlovely, the sick and so on. Your God-given beauty is already affecting that situation, before you have said or done anything, because you are willing to place yourself into that difficult situation. And encourage other women who have natural beauty, to use it for God’s redemptive plan on earth, rather than simply using it to advance themselves and their position in this world.

Finally, if you feel God has not given you as much physical beauty, do remember this — that there is a different kind of beauty, a kind of redemptive beauty that increases over time. I have seen it in many older Christian and Jewish women: in those who aspire to love God with all their heart, soul, mind and strength. Those women have something in them that overshadows their physical characteristics, transcending them. They never stop getting more beautiful, not in the way the world defines it, but in true beauty, which is in the light they present to the world. Their faces shine with light in old age. It is the closest thing I have seen to the Bible’s description of Moses’s face.

Redemptive beauty is the true beauty that will help bring the Messiah forth, and will advance us into the age to come. But it is not an end in itself, and next week we will try to describe the great redemptive task God has given to all women.