When I first began to spend time with Gidon four years ago, I quickly began to learn about how Jewish men pray three times a day, and the content of those prayers. But Gidon did something extra: during the middle of his prayer time, I would see him pull a piece of paper from his pocket, and pray over a list of names. What fascinated me was that he had written not just the person’s name, but the name of their mother, for instance: “John Smith, son of Nancy Wellington”. Why had he included the mother, and why use her maiden name?

This Jewish practice has partly spurred on an idea that I have been pondering lately, that relates to the work of Eve, and ultimately of all women. But first let us consider Adam and all men.

The Problem with Adam and All Men

Most Jewish commentaries place Adam outside of earshot of the conversation that occurred between Eve and the serpent that led her into sin. Adam was apparently doing something else at the time, and even if Adam was present, he simply looked upon the situation passively. What we know for sure is that by the time he was asked to eat, he passively agreed.

Many Christian leaders have noted that the number one problem with men in the church today is passivity. While a few men stand up front and lead, men often stand back and let the women do the majority of the real work of the church — the prayer, the service, and engaging in community life. Then, when men are purposeful and active, they tend to work on their own projects: women are not often invited to be their partners in the work men do.

It is in this context that I see two very strong and positive decisions made in Judaism that push back against the trend of passivity and separateness in men. First, men pray three times a day with other men, putting their focus on God and His overall purposes, not only turning them towards God, but pressing them into daily spiritual contact with other men. Second, every Shabbat, a husband not only does blesses his children, he declares Proverbs 31:10-31 over his wife. He calls out and affirms her in her giftings, callings, motherhood, creativity, and initiative, as if she is already that amazing woman and has been for years!

With this as background, I would like to share an idea regarding Eve and the work of all women. 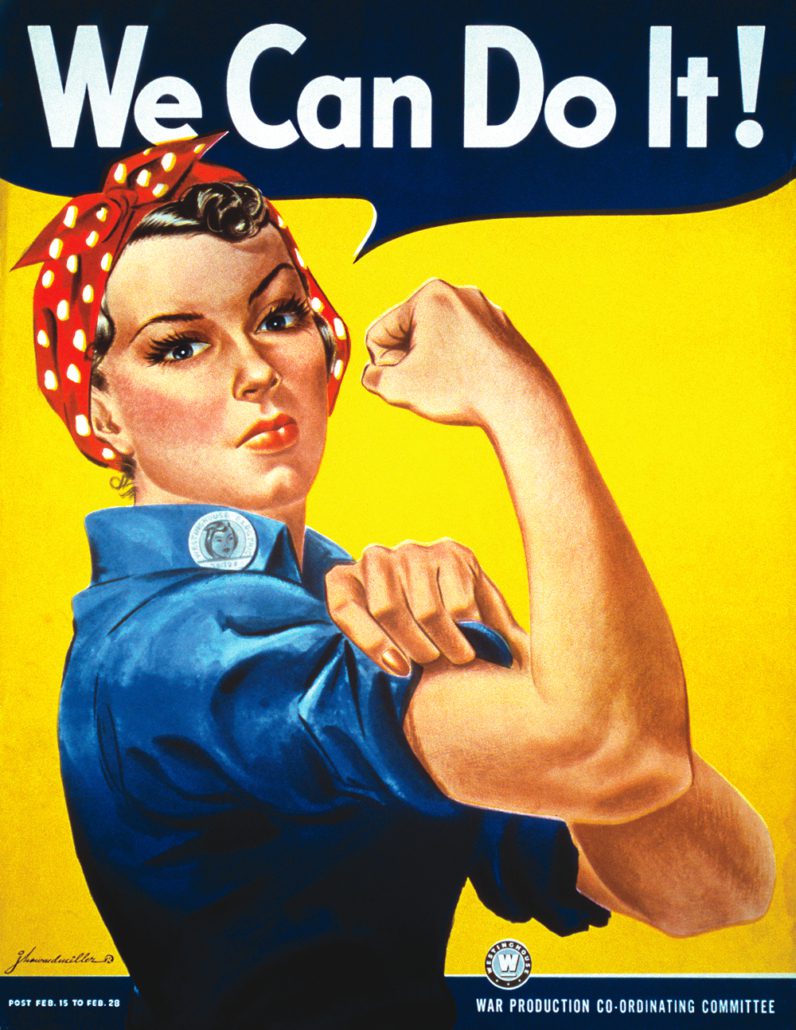 The Work of Eve and All Women

After Adam and Eve sinned, God speaks out His very first formal prophetic word in the Bible.

The LORD God said to the serpent, “Because you have done this, cursed are you more than all cattle, and more than every beast of the field; on your belly you will go, and dust you will eat all the days of your life; 15 and I will put enmity between you and the woman, and between your seed and her seed. He shall bruise you on the head, and you shall bruise him on the heel. 16 To the woman He said, “I will greatly multiply Your pain in childbirth, In pain you will bring forth children; Yet your desire will be for your husband, And he will rule over you.” Genesis 3:14-16.

This passage is famous for its phrase: “I will put enmity between you and the woman, and between your seed and her seed, He shall bruise you on the head, and you shall bruise him on the heel.” This phrase has long been taken within Christian circles as foretelling the work of the Messiah in the coming of Jesus/Yeshua through Mary/Mariam.

Beyond that interpretation, I have recently been considering the idea that such an interpretation is too narrow and actually applies to the work of all women. Take the woman in Proverbs 31, for instance. Is her work not redemptive in nature? If so, then might she have a role in fulfilling this verse?

I believe we have the clues right there in God’s foundational prophecy in Genesis 3 that help establish the right relationships between men, women and the work of God. Here are three principles I see.

Principle 1: The work of redemption begins with women, not men!

God validates and affirms all women by referring to her seed, not his seed, or their seed. Indeed, when new life is brought forth onto earth, it is the hidden work inside the woman’s body for the first two weeks that begins that process. Could it not be that this same idea extends to spiritual birthing as well? We often think about famous men who launching the new works of God, but as I have studied famous moves of God, the real and full story always seems to have a key role for women.

Could it be that every good thing that advances the work of God’s redemption on the earth has its seed inside a woman or women? Ultimately I can persuade you the answer is yes, because even if you were to show me a work that was full conceived solely by a man, I will simply point you to his mother. The great works of Moses for instance began with his mother, and sister, and even required an Egyptian princess.

I think it might be just like God to take Eve’s interest in going ahead, going first, eating first, etc, and use that same characteristic to defeat the serpent in the end!  Yes she ate first and sinned, but she will also birth all the great works of redemption! God (and women) get the last laugh!

Principle 2: The work of redemption involves partnership between men and women!

While Eve’s seed bruises the serpent’s head, God designed that for new birth, new seed shall require a relationship between men and women — they must interact at least briefly. Imagine how the attitude of men would change if they realized that God’s plan for their work did not just involve “them and God?” If all of us men knew that new moves of God on the earth were not possible without women involved in the birthing, perhaps we would be less arrogant and less prone to dismiss the role of women in God’s work.

I have begun looking back at every good work in my life and have started noticing the role of my wife, my sister, my sisters-in-the-Lord and others in surprising ways! I just needed to start opening my eyes to see it!

Principle 3: God was not punishing women when he increased their pain in childbirth!

Have you ever considered the possibility that by increasing the pain in childbirth, God was doing something wonderful and redemptive, rather than simply placing upon women the sign of the curse of the fall of mankind?

We all agree that birthing is hard. Whether physical birthing or spiritual birthing, the entire process is complex and not just the labor pains at the end. Was God, the author of all compassion, simply being mean when he greatly increased the pain of childbirth? Many men have said that this is an ever-present sign of women’s sin in the Garden.

Dear women, have you ever considered another possibility as to why physical and spiritual birthing has been made so hard and painful? Could it be that by greatly multiplying the pain of birthing, God increases the amount of effort and work required to bring it about, so that He can also greatly multiply the glory and honor He bestows on all women for that great work?

I believe that in order to honor women as much as God wants to honor them for birthing new works of redemption on earth, He chose to GREATLY increase their pain in that work.

As a man, I would like to be one of those who will try to learn how to honor and affirm you for facing the greatly increased pain of the birthing of whatever God calls you to birth!

I have a confession to make. Despite “knowing” the role of women in birthing the new works of God, as a man I fall into the trap of “forgetting it” time and time again. If you had asked me a few weeks ago: “Who came up the idea of this column?” I would have said, “Me.”

That arrogance came crashing down to earth when I was reminded by a dear woman, Becky Lyttle, one of the first ten subscribers at Root Source, that this column is exactly what she had asked me do from the beginning of Root Source! At the time I had replied to her idea: “I don’t think so!”

But, now of course I see the truth that this column came from her idea, as well as the re-orienting idea from Jews that no human being is an island to himself or herself, but is connected to his or her mother. Jews are today honoring the connected flow of life that flows down from Sarah, Rebecca, Leah and Rachel, but ultimately all the way back to Eve, who was called “Eve” by Adam because he knew she “was the mother of all living.”

Thank you Jewish forefathers for honoring the role of women in your perspective of life on earth.

Thank you Becky Lyttle for staying involved in this Root Source project coming on four years now, for praying for us, and for and staying with us until your “child” was born.

And finally, and most importantly we shall end by turning skywards:

Blessed be the Lord God, King of the Universe who commanded that women shall greatly increase their pain in childbirth, and receive their due reward for that birthing.

To learn more about Gidon Ariel and his daily prayer list, go to holycityprayer.com