Besides Jerusalem and Peni-El discussed previously, I would have to say one of my other favorite places in Israel is Beth-El, (Bethel) the House of God. Few places in Israel are so well preserved as this one.

Like Peni-El, Beth-El is also famous for a visit by Jacob when he slept and dreamed of a ladder with angels ascending and descending on it. The historical site is just outside the Jewish community of Beit-El, which is about 10 miles north of Jerusalem. 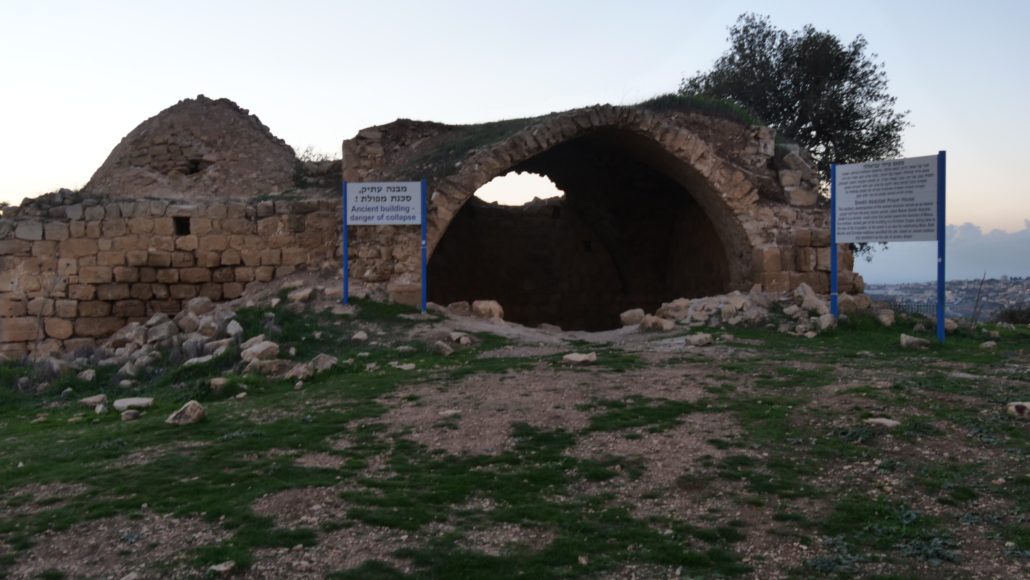 Mosque on the left and Crusader period Church on the Right (Photo: Bob O’Dell)

The church and mosque nearby are proof that the site has been understood as a key location for centuries, as is the nearby mikvah in the Jewish period. 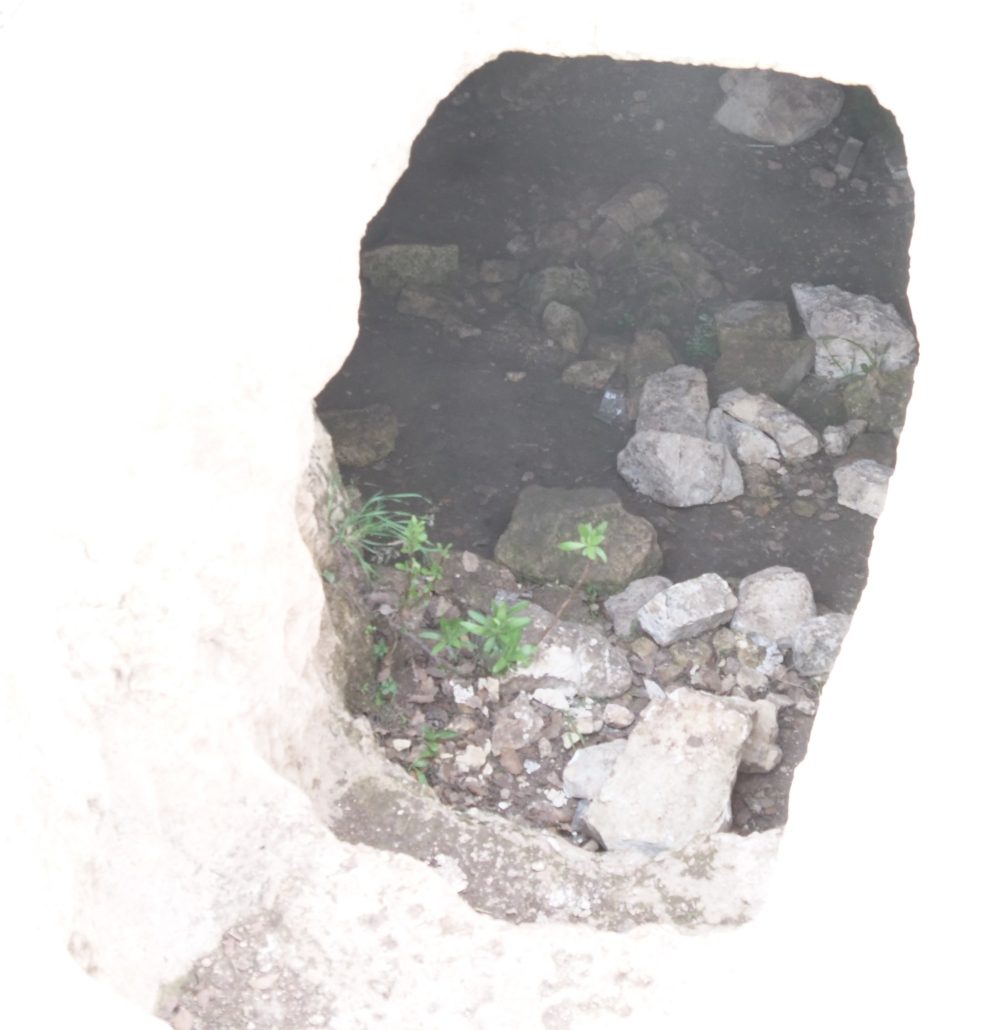 Looking down the steps of an enclosed Mikvah. (Photo: Bob O’Dell)

But the main feature of this site is the flat circle of stone, that would be the absolutely perfect place to sleep, if you were travelling by that way. 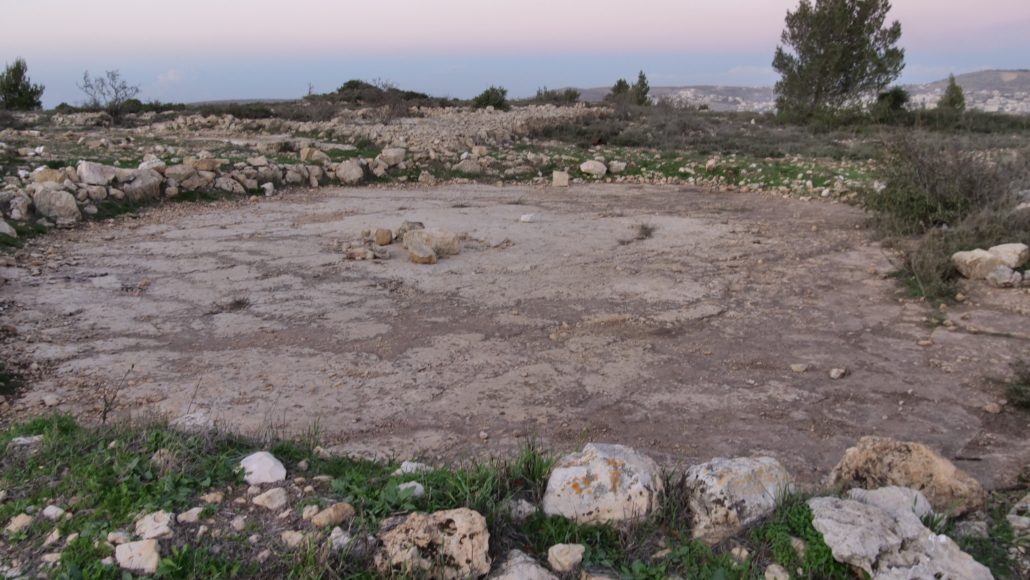 Here is where the stories slightly diverge between the Christian version and the Jewish version. You may be surprised to learn that in Jewish tradition, Jacob has his dream on the Temple Mount, rather than at Bethel. The reason is clear from the description of angels ascending and descending, and Jacob’s exclamation:

“Surely the Lord is in this place, and I did not know it.” He was afraid and said, “How awesome is this place! This is none other than the house of God, and this is the gate of heaven.” Genesis 28:16-17. (NASB)

These sound like remarks that can be made about the Temple itself as well. While I can understand the traditional Jewish view, the site itself meets every requirement of the place where Jacob slept. It was with this difference of opinion in mind that I viewed the site once again last week when I was in Israel. Gidon needed to complete his afternoon and evening prayers, and while I might normally join him, I was with a friend who had never seen Bethel, and so we took leave of Gidon to use those 45 minutes to drive over and have a quick look at this site..

While at the site, having just taken the picture above, I asked my friend,

“If you were sleeping here, which direction would you lay?”

He responded, “Head on the rocks, and feet to the right.”

I strongly agreed with him, and indeed that is the only direction where your feet would be lower than your head, because while the rock was flat, it was ever-so-slightly tilted to the right, which was south.

And then it hit me that if Jacob was lying in that most natural position, his feet would be lined up exactly towards Jerusalem. Therefore it would be as if his feet were “on the Temple Mount” while he was dreaming his dream!  For angels to be ascending and descending from the zenith of the sky overhead, they could very well be ascending and descending to and from the Temple Mount as viewed by Jacob in his dream. 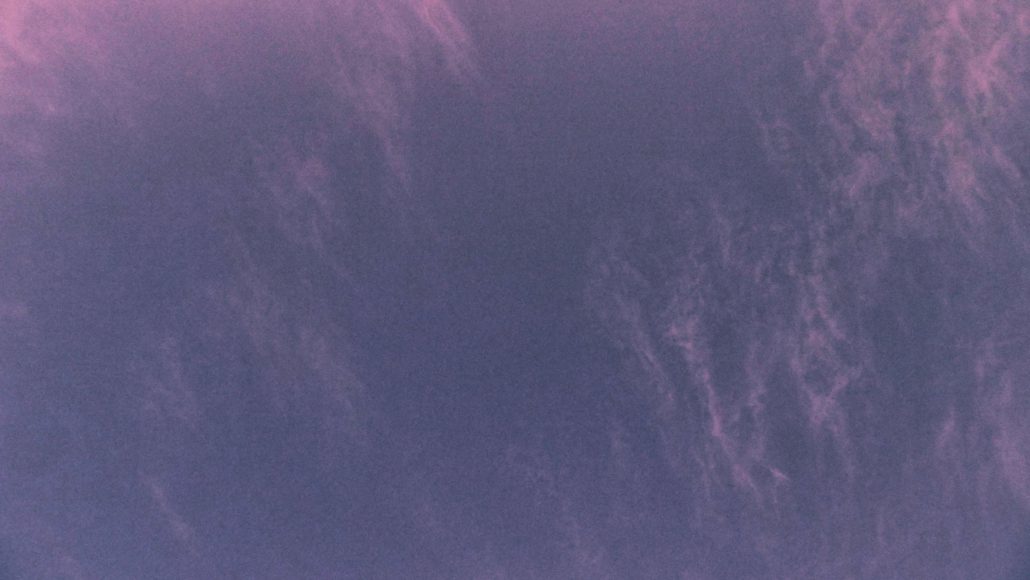 Looking Up from the Center of the Circle  (Photo: Bob O’Dell)

Here is a picture from that site looking to the south towards Jerusalem. 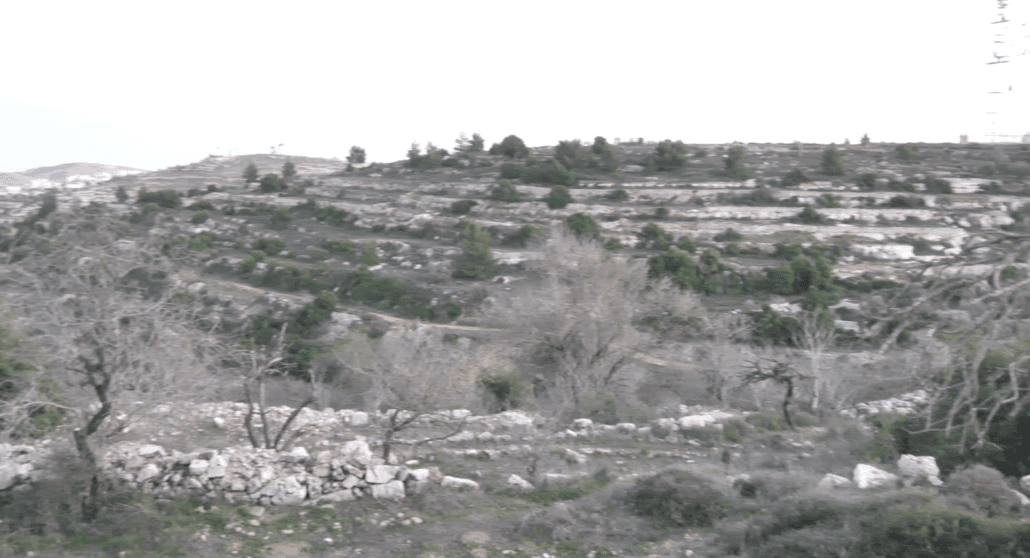 Another key event in the history of this site was the decision by the Northern Kingdom, and King Jeroboam in particular, to put one of the two Golden Calves here. The raised mound on which that giant calf stood is clearly seen in the following photo. 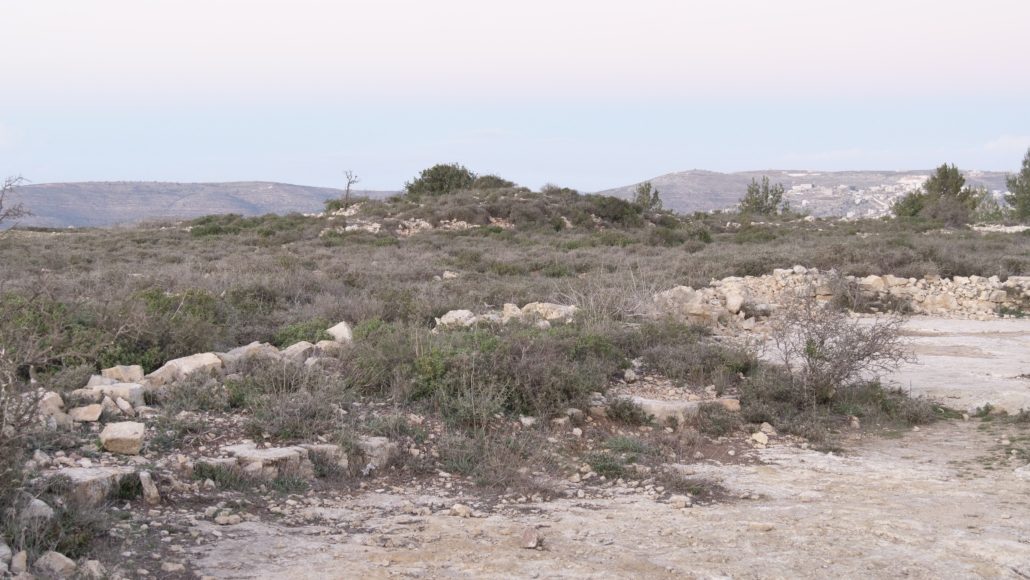 I find this to be an eerie feature of the site: the defilement by idol worship of such an important place in the history and formation of Israel and God’s promises to His people. And yet, we do the same thing today in the United States. We idolize wealth and power in the midst of a nation that declares that it is one nation under God. We try to build on the righteous work of great men of the past, such as George Washington — a devout Christian — and try to build a mounds nearby for wealth and materialism.

While the site of Bethel was on the Southern border of the tribal allotment of Ephraim, just before you cross southward into the territory of Benjamin, the site of the other Golden Calf was as far to the North as you could get within the Northern Kingdom: the city of Dan.

It was in the city of Dan that a variety of idol and cultic worship was practiced. This was a place where lawlessness was considered the norm, a place where anything goes, a place of sexual experimentation.

It hurts to see Bethel, the beautiful site of Jacob’s dream, marred by a mound on which a Golden Calf stood. But the good news is that such activities will never again occur on this site — the current and future residents of Beit-El will make sure of that.

Moreover, the site of Bethel has an amazing property, that shows that “God was here first.” Indeed, Jacob exclaimed “Surely the Lord (YHVH) is in this place.”

When I first came to this site in 2015, I remember as a tour guide asking us to take out our cell phones and google  “bethel name of God” and then click on images. When we did that, there was a satellite image that popped up on our phones. The image showed the valleys near Bethel as making a pattern similar to “YHVH” the four letter name of God.

The tetragrammaton name of God is embedded in the pattern of the valleys in the hill country north of Jerusalem!

Talk about a literal fulfillment of scripture!

I find this fascinating because we as Christians are historically quite skilled at looking for spiritual fulfillment of various verses of scripture in the Old Testament, while Jews are historically skilled at looking for literal fulfillment. The example above should be a lesson to all of us, never to discount the power of God to fulfill His word literally.

Here is a link to a 360 degree video of the hilltop of Bethel, starting and ending to the West.

God has placed His house among men, and has even written His name in the valleys where the feet of man tread. And years later, a man who grasped his brother’s foot from the womb would himself be given a new name — Israel — that would be a name taken by God as His own.

The House of God and the feet of man are very much connected in this amazing land (Ha eretz) of Israel.