One of the famous uses of the word Aliyah is in Psalms:

Who may ascend the mountain of Hashem? Who may stand in His holy place?
Psalm 24:3 (TIB)

The word ascend here is aliyah and in the next verse, we are encouraged not to go to Jerusalem casually or flippantly:

He who has clean hands and a pure heart, who has not taken a false oath by My life or sworn deceitfully. Psalm 24:4 (TIB)

I recently returned to Jerusalem from my visit to a place called the Aliyah Return Center just south of the Sea of Galilee. 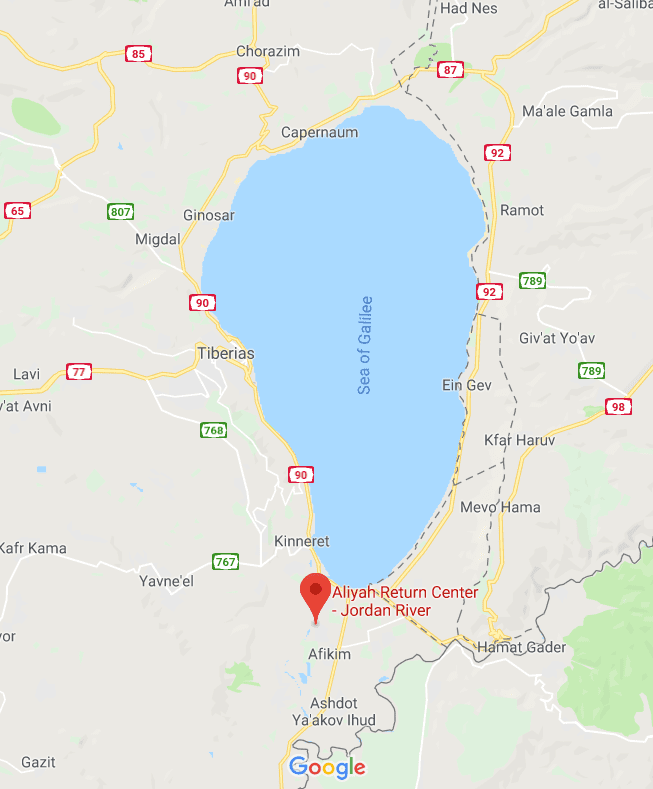 My journey to Jerusalem that day, my Aliyah, actually began five hundred feet below sea level! (The Sea of Galilee is a bit more than 500 feet below sea level). From the Aliyah Return Center the only direction that one can go lower still, is to travel south down the Jordan River valley. There one eventually reaches the Dead Sea, the lowest point on earth, before ascending quickly and steeply to Jerusalem, an almost 4000 foot climb.

The Aliyah Return Center’s primary purpose is to help acclimate Jews of North America who are making Aliyah to Israel. We will produce a story on this place in our video series of 2019.

But today, I want to share with you an insight I picked up when visiting the Aliyah Return Center presentation room. (It’s in a bomb shelter!) On a table by the exit door was a one page document published by the Galilee Calendar Company, which sells products for Christians. This sheet is included in their “Up to Zion” Calendar which is available here.

On this sheet is the best presentation of scriptures on Aliyah that I have ever seen. Due to copyright, I cannot share the full document with you, but I will share a piece of it in the table below. 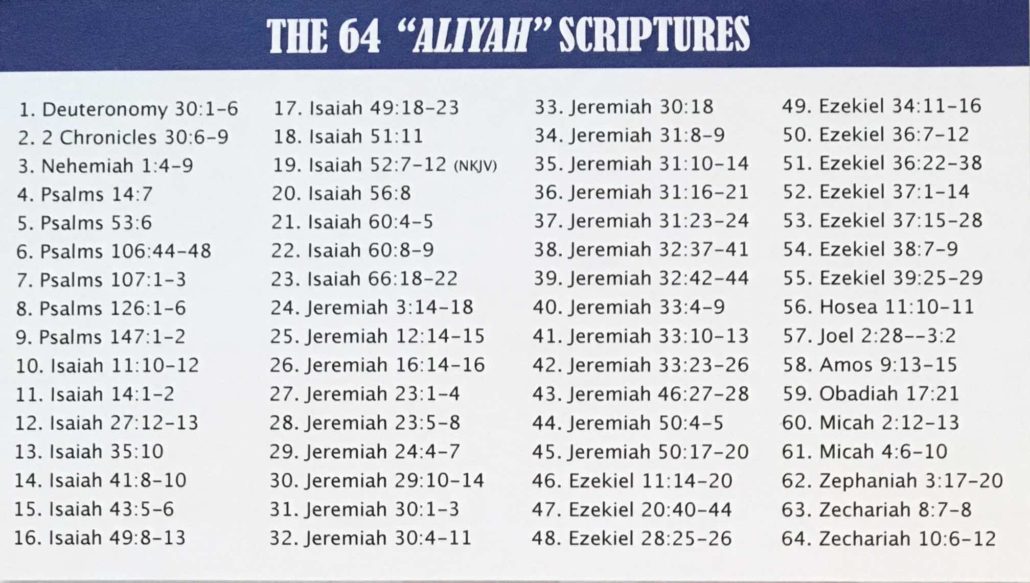 Did you know that there are exactly 64 scriptures in the Tanakh that detail the promised return of the Jewish people to the land of Israel? Is that not an amazing list of scriptures? That is quite a challenge to those who deny the validity of Jewish Zionism.

In addition here are some other facts I learned from this interesting document:

Did you know that the spiritual restoration of the Jewish people is stated 16 times in the Old Testament (Tanakh)?

Did you know that the pouring out of God’s spirit on Israel and on the nations is stated 3 times in the Tanakh?

Did you know that the theme of a worldwide spiritual awakening is stated 7 times in Old and New Testaments combined?

But, of all these lists, the one that is the most impressive to me is the first — the fact that God promises the return of His people to the land 64 times! Sixty-four is 8×8 which is also the size of a chess board. 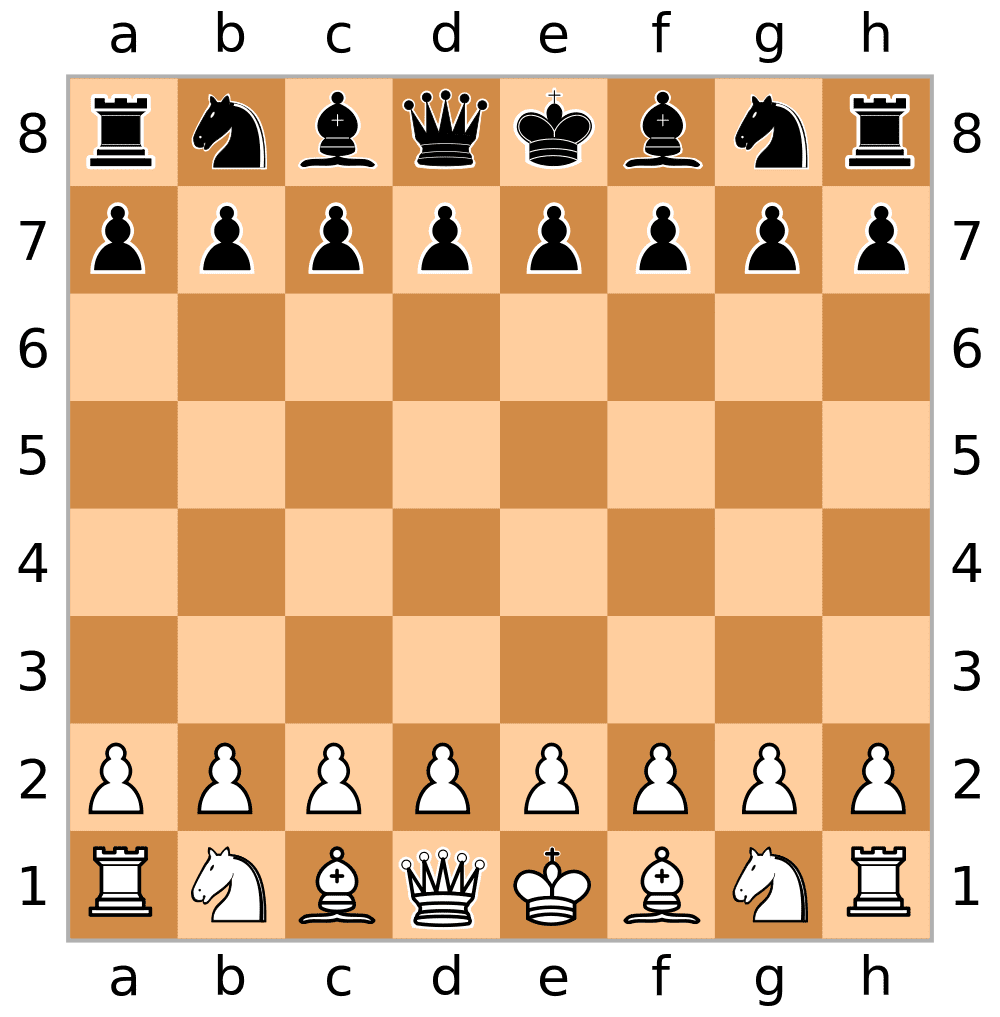 Indeed, God has placed an Aliyah piece on every square of his cosmic chess board. Kings and kingdoms may try to play Aliyah Chess with God. They may tell themselves that God does not exist (atheists), or that if He exists He does not care (humanists), or that He used to care but has since moved-on (Replacement Theology adherents), or that He always cared but never for Jacob! But in reality, no man, no woman, no power of death and hell, has any chance to separate God’s people from His love, and His plan to return His people to His land.

When it comes to Aliyah Chess, God has already won the game because He has a piece on every square.