It also can be seen very early on the morning of Monday January 21st at 4:41 AM from the United Kingdom, 5:41 AM in Europe and a few people might glimpse it right before it sets in the West at 6:41 AM in Israel. 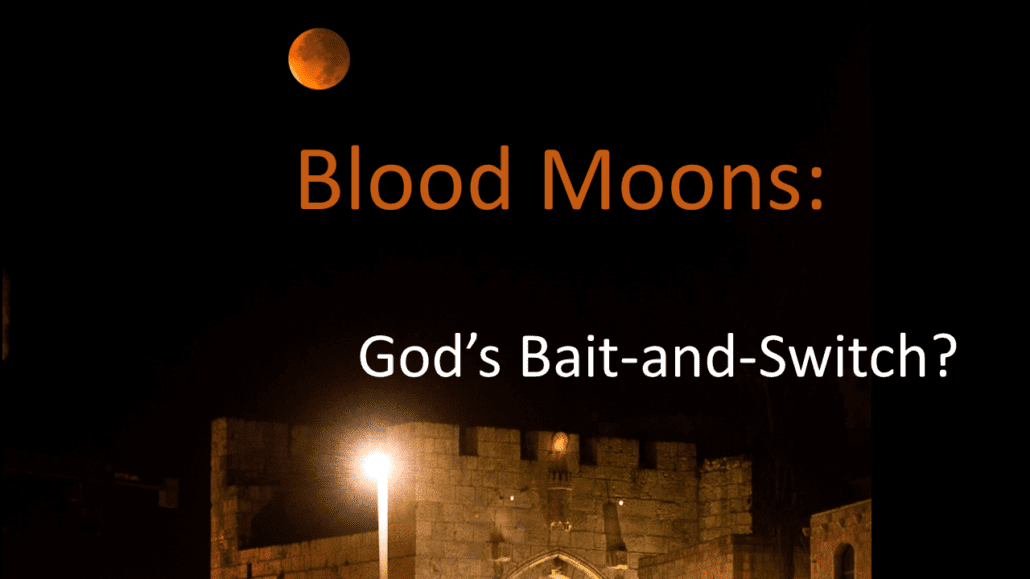 Oh how things have changed. They used to be called Lunar Eclipses, but now that term has been relegated to the scientists. For the rest of us, every lunar eclipse has now become known as a blood moon, the origin of which really goes back to the 2008 discovery by Pastor Mark Biltz, of a pattern of four lunar eclipses. A word to the wise: those who discover something usually play a large role in naming it.

Mark, a Christian pastor knowledgeable in astronomy, happened to see on the Internet in March 2008 a total lunar eclipse over the Temple Mount in Jerusalem. Being interested and appreciative of the Jewish roots of our faith, and the Hebrew Calendar, he realized that every full moon (and therefore every lunar eclipse) must occur at the middle of the month on the Hebrew Calendar. He also knew that the major Jewish holidays of Passover and Sukkot (Feast of Tabernacles) also occurred at the middle of the month. He wondered to himself how often it might happen that a total lunar eclipse fell on either Passover or Sukkot. He went online and checked the lunar eclipse pages at NASA, which is one of the best sources of such information, and saw that up to four lunar eclipses can happen in sequence, each of them about 6 months apart from each other. This formation is called a tetrad, and Mark noticed that some of these tetrads were falling on years that were very important in Jewish history: around the time of the establishment of Israel in 1948 and the Six Day War in 1967.

I had known of these “tetrads” myself for about 35 years because of my interest in astronomy, but Mark knew all about the Hebrew Calendar in 2008, when a lot of people including me were unaware of it. Mark quickly noticed that these tetrads sometimes happen on the feasts of Passover and Sukkot on two successive years: 1949/1950 and 1967/1968 and that another of these tetrads was coming soon in 2014/2015.

God had designed these feasts Himself, and God had specifically told Israel that the feasts should be celebrated 6 months apart, every year. God also set up the placement of the earth, moon and sun to create eclipses. God even designed the orbit of the earth in such a way that when a tetrad happened on the feast days, the sequence of four eclipses had to start on Passover. So the sequence that the world witnessed in 2014-2015 looked like this: 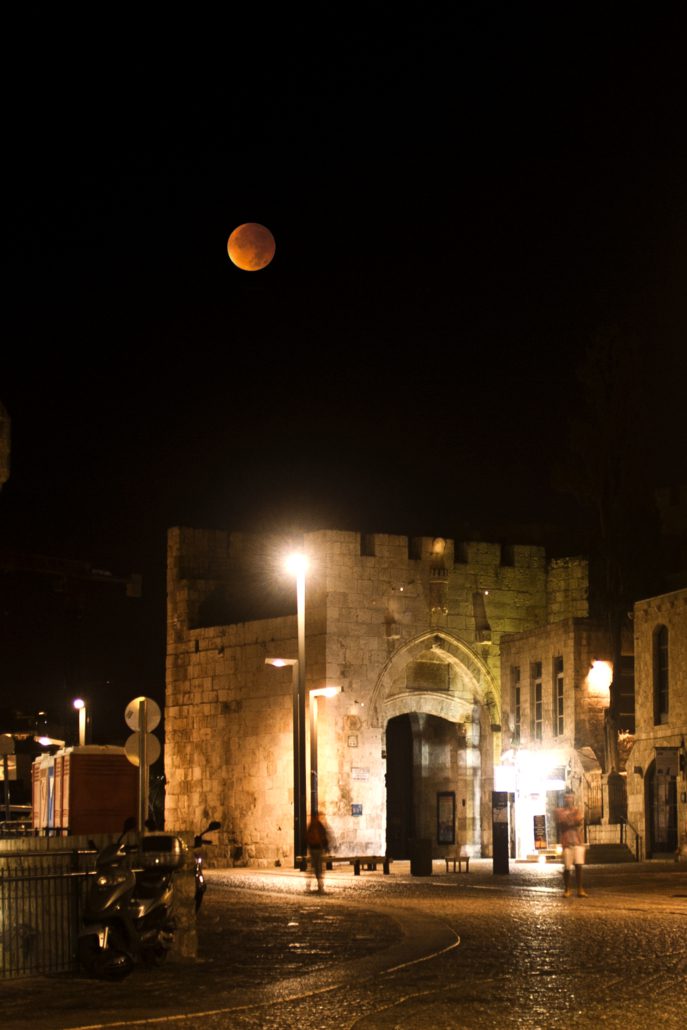 Now Mark was not the first person who noticed that these tetrads can happen on the feast days of Passover and Sukkot. In my research I found a website about such things that had been put up in the 1990s, and was no longer active. But Mark was the first person to say “this is not a coincidence — it is important to biblical prophecy.”

Mark was the first person on Earth to refer to this special sequence of four lunar eclipses falling on Passover and Sukkot in two successive years as: “Blood Moons.” This name derived from his interpretation of the nature of these events to the scripture in Joel:

The sun will be turned to darkness and the moon into blood before the great and awesome day of the Lord comes. Joel 2:31 (NASB)

Perhaps you first heard about the Blood Moons through Pastor John Hagee, like I did. He learned about them directly from Pastor Mark Biltz, but published his own book first, and captured much of the attention.

The Blood Moons story ended up taking on a life of its own, even busting out of Christian media and into the secular media. In 2013 I set up a google alert for the term Blood Moons, so I watched the entire scenario unfold one day at a time. During the run up to the Blood Moons and before the fourth and final Blood Moon, the various camps broke down like this:

So is there any silver lining to this whole story?

Yes, l believe there is. It seems that God is quite content to “get what He wants” even in ways that are not direct, nor in the manner of which we might approve.

I believe that God is pleased that hundreds of thousands of people, if not millions of people around the world have in the process of this Blood Moons mania learned about the feast days of Passover and Sukkot, about how they are part of God’s calendar, and to see that even the amazing sights in the heavens — like lunar eclipses — have a connection to God’s decrees in the Bible.

The Old Testament, as it is referred to by Christians, needs to be studied. Interesting debates were happening, but they were happening with respect to the Bible.

All told, the Blood Moons turned the attention of millions to Israel, to the Bible, and to what it had to say about the future. This is not a bad thing.

In sales we would call this Bait-and-Switch. Get the customer into the room for one thing (that they care about), and once they arrive show them another thing (that the salesperson cares about). God is not above doing this! For example, 3,000 years ago, many people came from all over the world to meet Solomon and hear his wisdom (the bait), and yet many of them came away with a larger appreciation of the God of Israel (the switch).

Meanwhile down here in January 2019 we have a fairly typical total lunar eclipse coming later this month that can be enjoyed and can cause us to praise the Almighty God! But thanks to Mark Biltz and John Hagee much of the media now calls it a blood moon.