Today we continue the mini-series on topics in which I don’t believe we (as Christians) are totally wrong, but for which our current view is just too small. I believe our view of Torah is too small. 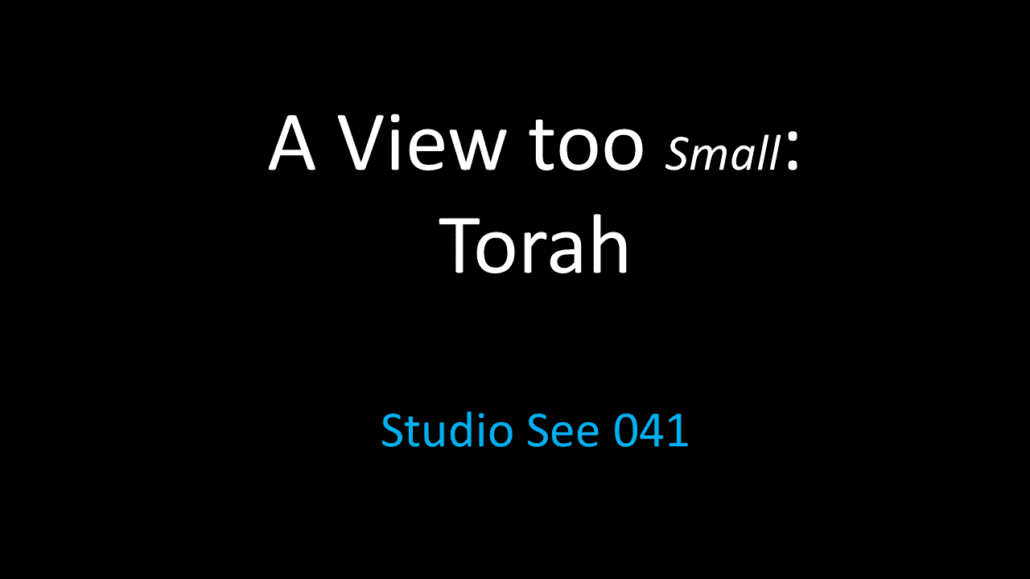 As is typical I would like to begin this discussion with a story.

What Makes a Great Business?

My wife was recently telling me about a local exercise studio that was sold and how much it had changed. On the surface it seemed as though nothing had changed! The building was exactly the same. The pricing hadn’t changed. But over time membership started dropping with some of the staff leaving as well. Why? We agreed the change had to be attributed to the new owner.

This caused me to recall some of my past experience in the world of high tech startups in such places as Silicon Valley, California and in various startups in Israel. It is known that in the very best startups there was a certain kind of culture that was present, a culture that I would like to boil down in this column to just two aspects regarding “what it is like to work there.”

No company is perfect, but in companies that fit what I describe above, I can assure you that such companies have people eagerly wanting to join them.

So why then was a fairly young exercise studio suddenly losing business? Because while the first owner did (1) and (2) very well, the second owner viewed the business as “something to manage”. In the words of my wife: “The entrepreneurial spirit in that business has been lost.”

Too Small a View of Torah

What does this have to do with the claim that our view of Torah is too small?

Simply put, we are viewing The Torah as a way that God (the Commander) gets his will done on earth (the control).

This view is too small!

Too Small a View – Two Examples

Let’s now look at two examples of mistakes that Christians can make, when we view the Torah as too small.

The first one involves the perception of God in traditional Christianity. If we see God at Mount Sinai as a “command and control” kind of God, and then we read about the grace and mercy of Yeshua as shown in the New Testament, then we unintentionally act as if God has changed even though the Bible clearly say He does not! (Malachi 3:6; Hebrews 13:8). This seed of thought eventually is taught as axiomatic using formal theological labels, such as “The Age of Law” versus “The Age of Grace”.

The complaint these followers have against the Jews is that they are no longer relying on human observations of the moon for their calendar as implied in the Torah and as it was done in the Temple periods. Rabbi Hillel II and others that followed him figured out a formula for the Jewish Calendar in about 358 CE. This allowed Jews around the world to keep the same calendar everywhere without a centralized authority in Jerusalem — an ingenious solution during the Exile. But even though it was brilliant move, over time it has drifted slightly. Yes, Jewish scholars know about this drift, but most Jews don’t even notice, and even fewer are pressing for a worldwide change!

But to take issue with the way the Jews are following the Hebrew Calendar, is itself a mistake. It reveals that we as followers of Yeshua are misunderstanding the Torah on at least two levels. First, it misunderstands how God involves his people in the development and interpretation of the Torah. For a deeper understanding of this principle, I suggest a Torah teaching given by Gidon Ariel here on YouTube. Gidon’s very first example in that teaching reveals a shared responsibility between God and man, regarding the keeping of the Hebrew calendar! The implication is clear: God adjusts to the decision of the people, but He does not adjust to the decision of every person! In other words, God expects the people to come together as a community and work and live together under a single calendar.

So if a friend of mine questions the Jewish calendar today and wants to live by a corrected calendar, my response to them is this: “Even if you are right, you are wrong”.

I tell them that “You are wrong because you are separating yourself from the calendar that the Jewish people have selected”. It doesn’t matter if the current system is slightly off — God is adjusting to their community decision. Two competing calendars does not please God, and it creates separation between followers of Yeshua and the Jewish People. When the Jewish people are ready to make a community decision to change it, at that time we should change with them.

You may individually choose not to observe a certain day on the Hebrew Calendar. That’s fine. But if you observe a day, don’t separate yourself from the community decision.

I don’t think people in these examples are consciously trying to be hurtful to the Jewish people. We just don’t understand the Torah. Unless we learn directly from the Jews, which is the whole idea behind Root Source, we will be reading Torah apart from the Jews, and trying to interpret the commands just right. But that is a view that is too small. We are missing the bigger point of:

God is a pretty good businessman! I would say that He did a pretty good job getting a new entrepreneurial effort off the ground and inspiring the people to go take the Promised Land, and to build a community that had a lasting potential. Indeed, the Jewish people have lasted for 3,500 years with this very culture, and now they are back in the Land.

Silicon Valley has produced some amazing companies over the last fifty years, and likewise the nation of Israel is well known for having a culture that fosters many successful startups.

But it is time for us to celebrate that about 3,500 years ago God founded a startup of His own.

The Israelites who left Egypt were the original Startup Nation!