More than 70 years have passed since the re-establishment of Israel in 1948. Most people reading this column are not old enough to vividly remember those early days. In the 1970s a theory began to make the rounds in Christian circles that the end of the age will happen within 40 years of the re-establishment of Israel, in other words before 1988 (see note 1). When 1988 came and went, many Christians had to acknowledge that their view of the future of Israel was too small.

Meanwhile, since I first visited Israel in 1990, I have watched as the people of Israel themselves have grown in confidence and strength regarding their own future. I didn’t notice a change on each and every visit, just like we don’t see our kids growing every time we look at them, but over time the change in Israel is unmistakable.

In this article we will look at two massive changes underway in Israel, that we Christians are not necessarily noticing: one secular and one spiritual. 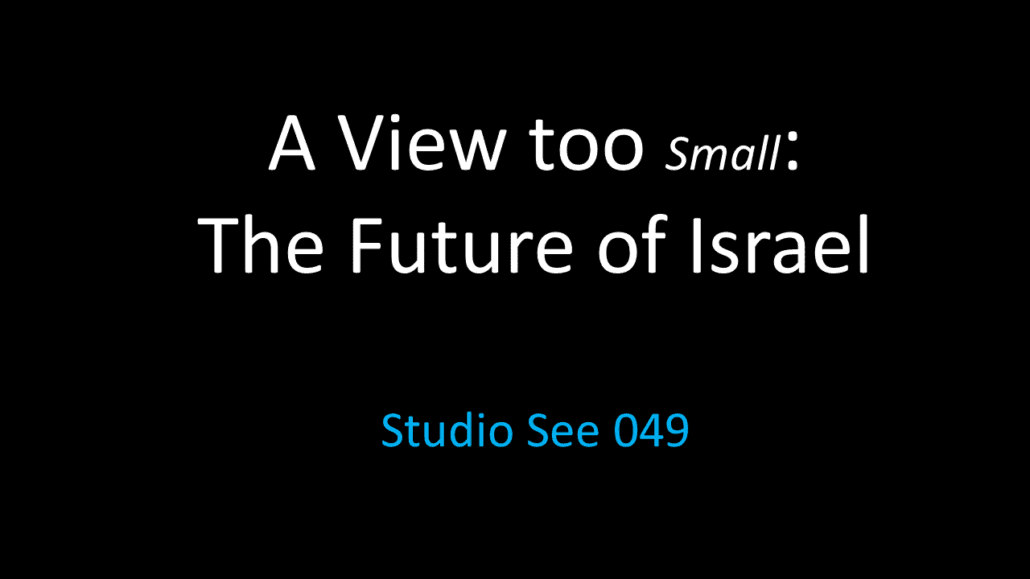 For a nation’s population to remain stable without immigration the birth rate must be at least 2.1, meaning 2.1 children are born for every woman in the nation. Israel has the highest birth rate of any Western nation, at about 3.1 in 2016 according to World Bank.

And even more amazing, in the 2019 national elections, the young voters were the most conservative of all! This again is unlike any western nation!

What this also means is that Israel is getting more religious over time, not less. The percentage of people in Israel who say they believe in God is growing. It was at about 80% ten years ago, (which was the same as America at that time), but it is growing, and may be close to 90% today, while belief in God in America has declined. This increase in Israel is unlike any western nation!

Thus, given enough time, even a fully democratic nation like Israel should be able to fend off the push for legalizing activities that the Orthodox oppose, such as same-sex marriage. Perhaps one day, even abortion will be illegal.

Another interesting outcome of this trend will be more Jewish immigration to Israel. I marvel when I see God get two opposing groups (Israeli liberals and Israeli conservatives), come into agreement with His will, for completely different reasons! Conservative, religious Jews want all Jews to return because the Bible prophesies it, and because “it is the right thing for Jews to do.” Liberal Jews want more Jewish immigration to keep the conservative leanings of their own country in check!

The future Israel is a more God-fearing Israel than we realize, an Israel that will come into better and better alignment with the Bible, the Torah, and a righteous worldview naturally over time.

This brings me to a pet peeve that I will stop and address. Christians who point fingers at Israel’s legalized abortion and warn that God will judge the Jews for allowing abortion in Israel, are not giving credit to the Orthodox for following God’s command to be fruitful, multiply and fill the earth. The Orthodox are obeying that command, while we Christians do not. Most Christians today practice careful birth control and limit children, and then we watch as our overall population declines into immorality. Meanwhile both Israel and other Christian nations legalize abortions. Which nation do you think is going to be rewarded as being the one that has taken the talents given to it, and is increasing them the most? (See Note 2.)

During my many visits to Israel in the last few years, I began to pick up on something that I didn’t quite understand at first. Judaism in Israel is not fixed, but is going to change in the coming years.

Now wait, you say! Isn’t Judaism more steeped in tradition than any other religion in the world? Isn’t the respect for past practices in Judaism such that changes are almost impossible? And while the Reformed and Conservative movements do change some over time, isn’t the fact that Israel’s religious Jews are almost completely Orthodox, making for even less potential change rather than more? While all that is true, there is one wildcard that is going to overturn everything else!

That wildcard is “the Land of Israel”!

You see, the Judaism of the last 1900 years has been developing around the exile. With the Temple destroyed, the power shifted away from the centralized authority of the Sanhedrin, and shifted to the local rabbi. That rabbi had to exert more authority within the Jewish communities, or else the Jews would have drifted away from each other in their practice of Judaism.

This is called Rabbinic Judaism.

But now, as more Jews are returning to Israel, as compared to the number of Jews in the rest of the world, those commandments associated with the Land of Israel (and there are many of them), are going to rise in importance. In addition, hundreds of commands would become activated if a Temple were built. Since the oral traditions for matters regarding the Land of Israel are few, the landscape is wide open for change. The Jews of Israel will have to consult the Torah, and come together to figure out how they are going to fulfill such matters. The focus will swing away from the local rabbi and towards the Torah itself! Not that rabbis will be demoted, but such decisions cannot be made at the Rabbinical level; they have to be made at a national level. (See Note 3.)

An Example that Involves Us!

Let me offer you one example of the changes in Judaism that are underway.

Rabbi Yitzchak Ginsburgh recently put out an article entitled: The Fourth Revolution in Torah Learning. In it he explained that every once-in-a-while, Jews need to transgress the Torah.

His first example was Rabbi Yehudah HaNasi who determined that in order to save Judaism in the exile, it was going to be necessary to “write down the Oral law.” To clarify, when Ginsburgh was talking about transgressing the Torah, he means the oral Torah, not the written Torah.

After giving two other examples in the centuries that followed, the Rabbi then proclaims it is time for a 4th revolution of the Torah.

“We are being called to begin offering Torah to non-Jews…”

See the full text of the article here.

I would also like to add that not only did Rivkah Adler of Breaking Israel News quickly write an article on this new development when it happened, but later Gidon suggested that I might want to feature Ginsburgh’s article in this particular column series.

OK, Gidon, I did it! This article is the most relevant example for our readers to demonstrate that Judaism is changing!

Rabbi Ginsburgh has great foresight to take this stand. I remember with fondness meeting him in 2014. Past columns have even covered some of his musical compositions. But this article on the fourth revolution is in my opinion, his very best composition yet!

Yet, with the Jews in the Land of Israel again, I’d say even more profound changes are coming, and I bet we won’t have to wait 40 years for some of them!

The future of Israel is a lot bigger than we think.

Note 1. This was a misreading of Matthew 24:34, quoting Jesus in the parable of the fig tree as saying “This generation shall not pass away until all these things take place.” The two errors made were (a) defining a generation as precisely 40 years, when there are at least five definitions of generation: 20, 40, 70, 80 and 120 years, and secondly, (b) the word “generation” (Greek: genea) can be just as easily translated race or family. In other words, the Jewish people will not pass away until all these things take place. I see this verse as an emphatic statement by God, as stated in Amos 9:14-15, that the Jewish people will never be uprooted from Israel again.

Note 2: That last sentence is a reference to the parable of the talents in Matthew 25:14-30. By the way, we raised our family in the age of birth control, perhaps just like you did. Apparently there is no rewind button on that tape. All many of us can do now is encourage younger married couples to have more children than we did — to trust that God will provide for them even if they have the faith to have more children.

Note 3: I am not aware of many resources in English for Christians to learn more about this. Occasionally, some of the podcasts by Eve Harow from The Land of Israel Network tackle these topics.