“Look among the nations! Observe! Be astonished! Wonder! Because I am doing something in your days—You would not believe if you were told” (Habakkuk 1:5)

When seeking out one of Israel’s wonders, Rabbi Ken Spiro might just come to mind. Spiro is known in both Jewish and Christian circles as an educator par excellence. He has appeared in many broadcasts, including BBC Radio and TV, the National Geographic Channel, the History Channel, Channel 4 England, and Arutz Sheva-Israel National Radio, and travels worldwide to speak to Christians. In January 2015, Spiro launched the Jewish History channel for Root Source.

“Jewish history has been so unusual and unique for thousands of years. When it is studied, it becomes clear that the hand of God must be involved,” explains Spiro. 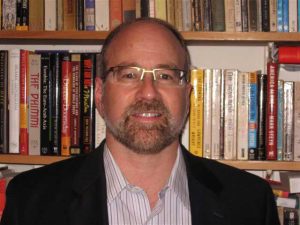 Rabbi Spiro has a colorful background which enhances his courses. A graduate from Vassar College with a BA in Russian Language and Literature, he participated in a graduate program at the Pushkin Institute in Moscow. Additionally, he has an MA in History from the Vermont College of Norwich University and rabbinic ordination from Yeshivat Aish HaTorah in Jerusalem. To top all this off, Spiro is also a licensed Israeli tour guide and has served in the Israeli Defense Force.

When Spiro shares his wealth of historic and biblical information, it is enhanced by his energy and excitement for the topics. His enthusiasm is contagious as students sit enthralled with his teaching. Noting his expertise with Christians, he states, “When I teach Christians, they are truly enthusiastic that I am an Orthodox Jew living in Israel. They appreciate the authenticity of my classes partly because of that.”

Born and raised in the U. S., Spiro has lived in Israel since 1982. He presently resides near Jerusalem with his wife and children and is a senior lecturer for his alma mater, Aish HaTorah.

Rabbi Spiro is the author of several books, and Root Source is honored to count him among their distinguished list of teachers. “Spiro has developed a series of classes specifically for Christians,” notes Bob O’Dell, Root Source founder. “I believe that Christians yearn for a relationship with Jews. We feel that something is not complete in our relationship with God if we do not connect with Jews.”

Spiro’s Root Source channel, Jewish History and Jewish Future, includes the spellbinding “Seven Wonders of Jewish History as predicted in the Bible.” “When a Christian studies the Bible with an Orthodox Jew, they feel that they are learning scripture from a reliable source,” says Spiro.

With his quick pace and humor, audiences are captivated with his skill to explain deep concepts clearly. “My favorite part of teaching is the questions and answers,” shares Spiro. “I learn so much about how Christians think when they ask questions and I understand better what needs to be clarified between our religions.”

“We strive to keep Root Source interactive between student and teacher,” notes Bob O’Dell. “The chance for students to ask questions and teachers to reply makes Root Source an extra special place to study Biblical topics.”