Two weeks ago we announced a new channel on Root Source called Biblical Archaeology with Aaron Lipkin. People are somewhat aware of the discoveries of archaeologist Adam Zertal, that Aaron has felt called by God to bring to the world in a very interesting way. Aaron is a great speaker and educator and one of his favorite places in the world is what is called the Argaman Footprint.

We have multiple videos about the footprint on his new channel. But, as amazing as the footprint is,  that is not what this article is about! 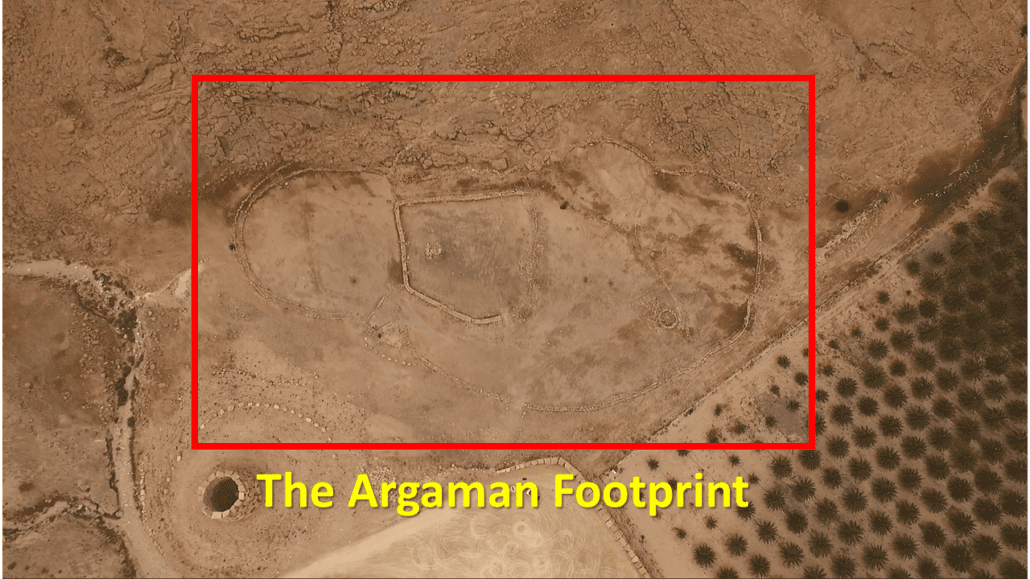 What I never could have imagined, and what Aaron did not know either, was the surprise that was in store for us, when I started editing the video footage of the original interview with Aaron.

I saw something — something Aaron hadn’t mentioned in the interview.

And I called up Aaron and asked him if he would be willing to meet me out at his site, and bring his drone, and let’s investigate. 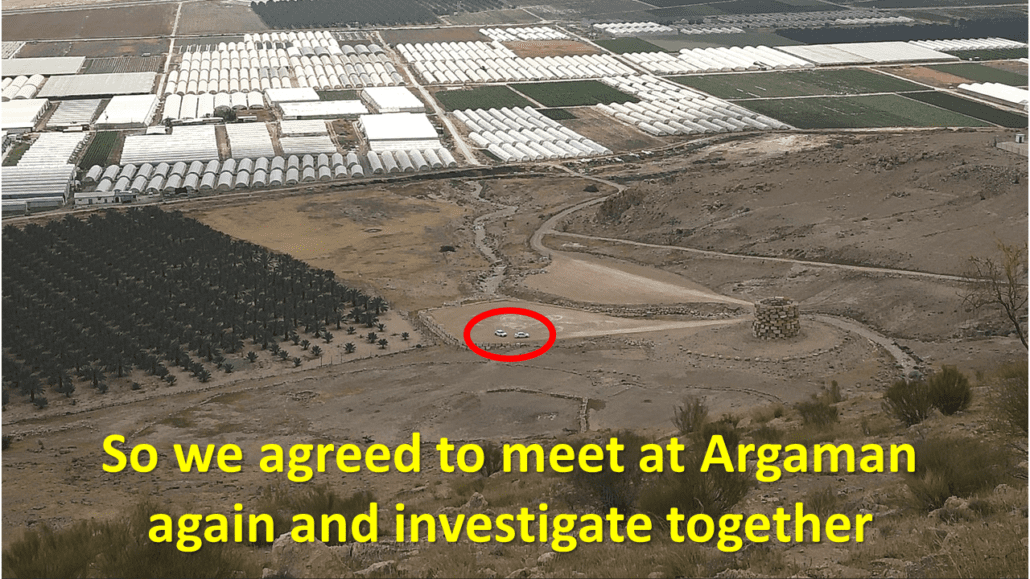 So we agreed to meet at Argaman again and investigate together!

And there began a journey of discovery of something that the archaeologists had completely missed, but seems to be every bit as exciting and important as the footprint itself, and will one day change the way people perceive the early Israelites, about how they lived, and what were their priorities in life.

This is The Argaman Surprise!

And we tell the entire story in Lesson 13 of the Biblical Archaeology Channel. That first inkling of a discovery was made on February 20, 2017, just over one year ago, but it took multiple trips to the site over the next 6 months to really put together a theory that would explain the mystery.

This material is so sensitive — it has not even been released to the news media yet — that we decided NOT to include it on our free newsletter, but we did decide to GO AHEAD and show it now to everyone who has joined Root Source.  If you are already a member of Root Source, you can login to your account, and go to your my-channels page, and just click on Lesson 13 on the Biblical Archaeology channel. There you will see the find and hear the whole story of this amazing discovery.  If you are not yet a member, you can join for as little as $9.99/month and get access to this and over 700 other teaching videos on Biblical Archaeology and many other topics, immediately. If this discovery and the other videos is not worth one month’s subscription, Gidon says he is always happy to refund you. He never wants anyone to be unhappy.

And speaking of Gidon, he and I visited the site in January and he added a new facet to the theory of what the Argaman Surprise is all about. That is so new, we haven’t had time to document it yet, but I’m sure we will in due time. Please Join Root Source today and be part of the unfolding story!