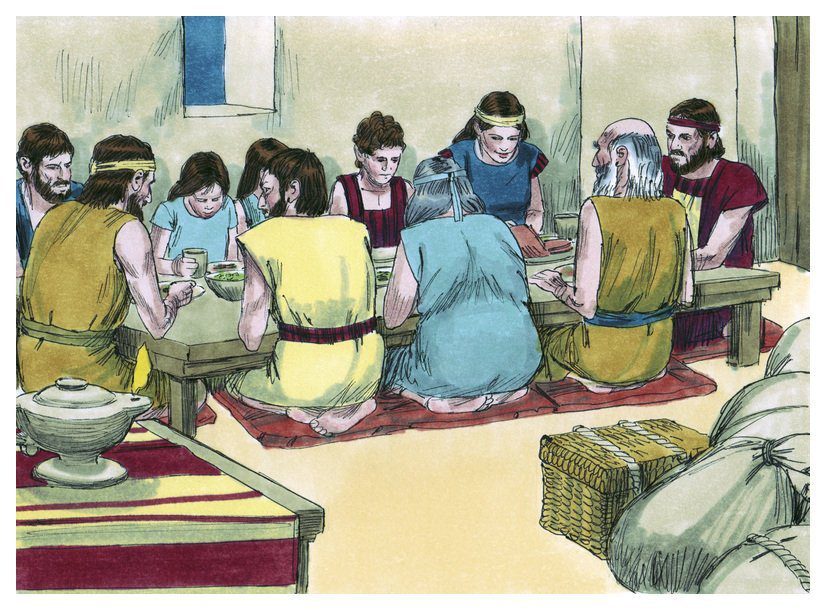 In this Shabbat’s weekly Torah portion BO Exodus 10:1-13:16, we learn of the last three plagues suffered by the Egyptians, as well as the eponymous Exodus itself. In addition, we are given the laws of Passover, both as they were observed that first time and as they are meant to be kept for future generations. The portion ends with other commandments given to preserve the memory of this destiny-shaping event throughout the year.

Topic 1: Plagues of Locusts and Darkness
God tells Moses to return once more to Pharaoh, for He has hardened his heart against the plagues and God wishes to send another one: locusts. Whatever grain was not destroyed by the plague of hail will now be consumed by the flying insects. Pharaoh’s courtiers are moved by Moses’s threats, and ask Pharaoh… Read More »

Topic 2: Warning: Death of the Firstborn is Coming!
As Moses and Aaron stand before Pharaoh after the plague of darkness, God tells Moses he has one more plague planned, after which Pharaoh will have learned his lesson and will chase the Israelites out of Egypt. God also tells Moses that the Israelites should ask their neighbors for gold, jewelry and all fine things.… Read More »

Topic 3: Passover, Then and Now
God takes this opportunity to instruct Moses on preparing the nation for the final Exodus. He commands each household to take a lamb on the tenth day of the month and bring it into the house. On the fourteenth day, they are to slaughter the lamb and roast it, brushing its blood on the doorposts… Read More »

Topic 4: Leaving Egypt
At midnight, God moves across Egypt, smiting their firstborn children and animals as promised. In despair, Pharaoh calls to Moses and Aaron, telling them to take the Hebrews out from among his people and go serve God in any manner they wish. As God had told them to do earlier, the Israelites ask their Egyptian… Read More »

Topic 5: Remembering the Exodus
In the closing verses of the portion, God instructs Moses on various ways the Children of Israel are to commemorate the Exodus on an annual basis. In addition to celebrating Passover each year, the people are to dedicate their firstborn children and animals to God’s service, in appreciation for being saved from the Death of… Read More »

Topic 6: Haftarah – The Destruction of Egypt in the Days of Moshe, Yirmiyahu and Motti Hod
In the early hours of June 5, 1967, Israel launched the existentially risky “Operation Moked”, essentially putting all its military eggs in one basket. The Israeli Air Force, under Maj. Gen Motti Hod, risked everything and sent nearly all 200 of its fighter jets on the attack hundreds of miles away, deep into Egyptian territory.… Read More »