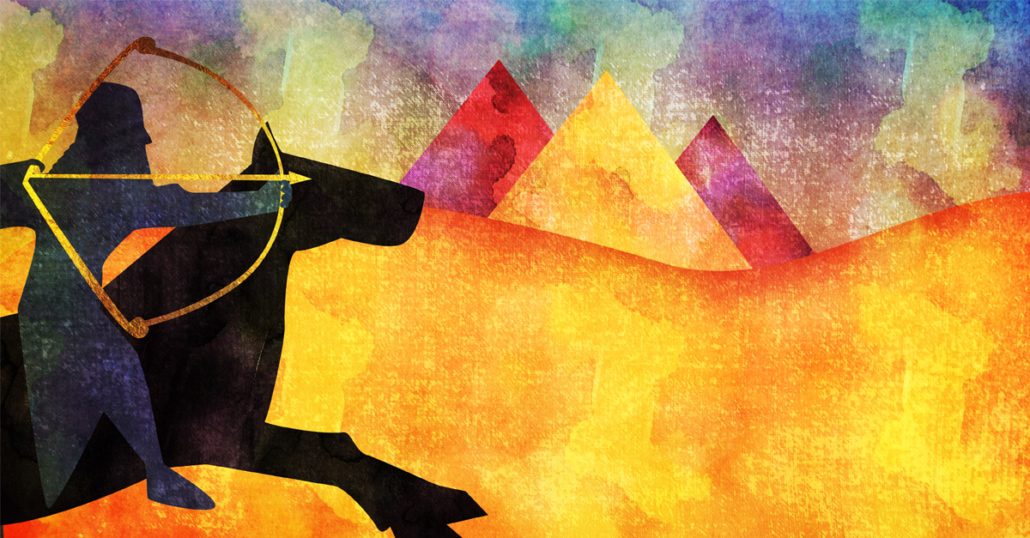 In this Shabbat’s weekly Torah portion Va’era Exodus 6:2-8:28, God reassures Moses that, despite the seemingly bleak outlook, all is going according to His plan. He then sends Moses back to Pharaoh to repeat His demands. The portion also outlines Moses’s genealogy and relates the account of the the first seven plagues.

Topic 1: Moses’s Renewed Mission
Last week’s portion left Moses greatly discouraged. Not only did Pharaoh not release the Israelites from bondage, he made things even worse! God must reassure Moses that this, too, is part of His Divine Plan for the development of the Israelite Nation. He outlines the five stages of His plan, from taking them out of… Read More »

Topic 2: Moses and Aaron Return to Pharaoh
Moses and Aaron do go back to Pharaoh to repeat their request on behalf of the people. At God’s command, Aaron throws down his staff, which promptly turns into a serpent. When Pharaoh’s magicians duplicate the feat, God ups the ante by causing Aaron’s staff to swallow their staves. Pharaoh, however, remains unimpressed, and continues… Read More »

Topic 3: The First Three Plagues
At this point, the suffering of Egypt begins. God sends plague after plague against the Egyptians, demanding that the Israelites be permitted to serve God in the desert. A number of patterns emerge throughout the plagues, revealing their grouping by threes. The first plague, blood, is accompanied by a warning at the banks of… Read More »

Topic 4: Three More Plagues
God sends Moses to deliver three more plagues: swarms, pestilence (murrain) and boils. The swarms (identified in the Israel Bible as flies, but elsewhere as wild animals) mark the first time God singles out the land of Goshen, where His people dwell, to be free of any sign of plague. Pharaoh is so moved by… Read More »

Topic 5: The Seventh Plague-Hail
The final plague in our portion this week (the remaining three appear next week) is hail. God again sends Moses to warn Pharaoh of the impending plague early in the morning. What makes this plague different, however, is that God gives the Egyptians an escape: bring everything you own indoors, and it will stay safe.… Read More »

Topic 6: Haftarah – Shabbat Rosh Chodesh – A Monthly Holiday for Non Jews?
Under law, official Israeli documents must include the Hebrew date, and holidays in Israel are determined according to the Jewish calendar, not the Gregorian one. This is just one example of Israel’s “discriminatory” laws that Palestinian rights groups have complained about. The haftarah which is read on Shabbat Rosh Chodesh, however, describes how in the… Read More »