The West’s Challenges: A Modern-Ancient Solution 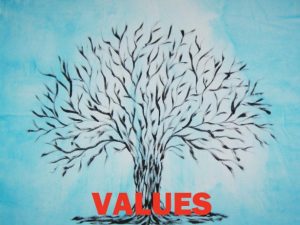 There are quite a few challenges facing the West—and by extension, the entire world—today, some only tangentially related:

While these issues are hitting close to home in our generation, might be surprised to find that they were recognized and itemized in a document composed in the third century AD!

I am referring to the Mishnah, the first redaction of Jewish traditions (mostly oral elucidations and expansions of Biblical laws, commandments and teachings), which formed the basis of the Talmud, the encyclopedic work studied by Jewish scholars to this day.

While the Mishnah deals primarily with ritual and civil laws, a small but significant portion of it records folkloristic and moral traditions as well.

See this mapping of the list above and more to the last Mishnah in the tractate (volume) named Sotah, which deals with the issues of accused infidelity as described in Numbers 5:11-29:

This text is quite startling, not only because it lists societal issues like a report of the United Nations in spite of its being authored over 1800 years ago, but that its preamble dares categorize these issues as a prophecy for our age specifically!

The Mishnah’s Aramaic two-word introduction, be-ik’veta d’meshicha, literally “In the footsteps of the Messiah,” is a well known phrase applied almost universally to our era, and refers to the historical period immediately prior to the advent of the Messianic age.

The editors of this Mishnah proposed a holistic solution in its summation that would probably be received with derision in criminology and social science faculties today:

“And who do we have to lean on? Our Father in heaven.”

I would posit that the initial understanding of this rabbinic prescription—basically, pray to God—is anachronistic. During the long years of the Jewish exile, when the Jewish People were subject to the rage of murderous gentile mobs and even anti-Semitic governments, they were busy surviving and used the only weapon available to them, their faith in God. This phrase “we have no one to depend on but God” helped the Jews weather the incessant violence aimed at them by encouraging them to accept that they have no way to defend themselves but prayer. “The Jewish People’s only strength is in its mouth (i.e., its ability to pray)” (Midrash Tanchuma Beshalach 9).

Today, with the creation of the State of Israel, the platform through which the Jewish People can (and do) assert their independence and sovereignty, they must reassess their place in the world, and realize their responsibility is not only towards their relationship with their God, but with the world at large. They cannot flee from their responsibility towards all citizens of the world community to the prayer hall. And in fact, the State of Israel is inarguably carrying far beyond its fair share of contributing to efforts to solve the world’s problems, both on a micro and a macro level, in virtually all areas of human endeavor: technology, health, environment, social action, and more.

To bring the Mishnah’s solution up to date, I believe we must read it more carefully. To “lean” on God is not to throw all of our responsibilities upon Him. That is what the Jews of times past had to do. Instead, to [merely] lean upon Him, we must use Him like a coach. We must trust in and develop our own skills, but use God’s guidance to upgrade those skills.

God’s guidance is the Torah. Usually translated “Law,” Torah literally means guidance. A wise father knows that to truly succeed in educating his children he cannot force them to accept and execute his dictates, but rather be available to help and guide them. Similarly, God wants us, all humanity, to look in His Torah and participate in the creation and improvement of the world (cf Zohar volume 2, page 161 and Bereshit Rabbah 11:6).

This idea, of course, has been the foundation of Jewish education since the Jewish People’s very inception. What is necessary is that the Jewish People, the caretakers of God’s wisdom, the Torah, reverse the temporary edict commanded by rabbinic leaders to forbid its teaching to non-Jews. This ruling made sense when anything said by a Jew could be used against him and often was. But today we must revert to the original mandate of the Jewish People, to be a Nation of Priests (Exodus 19:6). Just as the Hebrew priests would serve in the Temple for a week or two but the rest of the year would teach their community, the Jewish People are charged with being the resource for the whole world for the study of God’s Torah.

There is therefore a need for more Jews who have studied and incorporated this Torah to create and teach in institutions for spreading the Torah to any and all people who are curious and thirsty to learn. The first such institutions already exist in Israel, each with its own unique character, but current bureaucratic, logistic, and manpower restraints put a very low ceiling on the number of non-Jews who can benefit from their offerings. A model combining the traditional personal relationship between teacher and student that has existed for centuries in traditional Yeshivot (academies of higher Jewish learning) with state-of-the-art massive open online courses (MOOCs), as implemented for example in www.root-source.com of which I am a co-founder, must be encouraged and supported, not only by Jewish foundations but by general ones as well.

The West’s challenges can be addressed with technical tools, and must be. But ultimately, only a strong foundation of ethical monotheism as laid out in God’s blueprint for the world can fill these tools with the content they need to truly succeed.