On Friday December 23rd, while Israel was rejoicing on Shabbat, Barack Obama, John Kerry, and Samantha Power finally unleashed their pent up anger against Israel. By colluding within the UN Security Council on the drafting of an anti-settlement resolution, and then by doing nothing to block that resolution, they brought worldwide condemnation upon Israel for expanding the number of homes in a few Jewish villages. 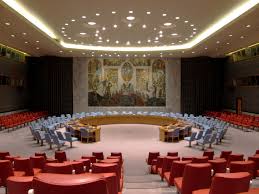 At Root Source, our continuing objective is to understand the work of God on the earth and sometimes, based on His principles, to make realistic predictions of what God might do next. In our book Israel FIRST! we wrote two chapters on the impact of Genesis 12:3, the promises to Israel that those who bless Israel will be blessed and those who curse Israel will be cursed. We asked, and then to the best of our ability tried to answer, what Presidential actions would cross the line into a curse of national impact.

So let’s ask ourselves some hard questions, and do our best to answer them.

No, not the United States. But Obama, Kerry and Power have attempted to do so.

Had the stated resolution gone all the way to what concerned us in the book, that President Obama administration would officially recognize a Palestinian State, then the answer would have regrettably been yes.  But, what happened is particular case is different.

First, Obama is a lame duck, and leads a party which has just lost power.  He no longer speaks for the will of the people. Many key congressional leaders in both parties also sided against Obama.

Second, the incoming President-elect Donald Trump was opposed to the move and tried to stop it.  In fact, he quickly responded to the urging of Prime Minister Netanyahu and managed through pressuring Egypt to get the resolution delayed.

Third, the resolution itself has no real sting. It condemns but does not sanction.

So then, what will happen to Obama, Kerry and Powers?

Genesis 12:3 is an amazing verse. The first half, the part about blessing implies a maximization element.  When someone blesses Israel, God wants to maximize that blessing to as many as He can.

“I will bless those who bless you”

But when someone curses Israel, God’s normal approach is to localize the impact as much as possible.

“and the one who curses you I will curse.”

Our interpretation of God’s “localization” in this case is that the curse will be limited to the three persons above, and any others among Obama’s inner circle who were willingly part of this plan to give a “parting shot” to Israel. What then might God’s curse to those people look like, if indeed He interprets their actions as a curse? What if Obama in particular found in the coming years that some of the people who he considered to be his closest partners, were to quietly and without warning, decide to turn against him, just as he has quietly and without warning turned against Israel? This would be simple “sowing and reaping.”

Will Something Positive Come Out of This?

It is interesting that while the world voted on Resolution UN 2334 on December 23rd, or Kislev 23 on the Hebrew Calendar, that for Israel itself, the calendar page had already turned at sundown to Kislev 24.

Do consider from this day onward, from the twenty-fourth day of the ninth month; from the day when the temple of the Lords was rounded, consider: Is the seed still in the barn? Even including the vine, the fig tree, the pomegranate, and the olive tree, it has not borne fruit. Yet from this day on I will bless you.

The fact that this scripture refers to the building of the temple is not our intended point, but rather the fact that it refers to building that which God requires.

God then goes on to make another promise on that same day that in the future He will overthrow the thrones and power of the kingdoms of the nations. In fact, Trump seems to be making signs of wanting to support Israel in many respects, including allowing them to make their own decisions about the best ways to live in peace. If he follows through on these indications, he will certainly be blessed, and so will the United States.

Ironically, there is a certain freedom that this resolution has now given to Israel. Israel no longer has to worry about restraining its building in Judea and Samaria in order to hold off a UN condemnation. That ship has sailed. So given that Israel is “on its own” anyway, it might as well feel the freedom to move forward in a way is pleasing to God. It seems likely that no stronger resolution will ever pass as long as Trump is in office.

This UN resolution 2334, then, may have just the opposite effect upon Israel of that intended. Those 15 nations of the Security Council, who sought to curb expansions within Israel, may end up watching the expansion of settlements in Judea and Samaria occurring at a higher rate than ever before. Three thousand years before Obama, Kerry and Power schemed against Israel, an ancient king would write a song about God’s response: “He who sits in the heavens laughs.”  (Psalms 2:4)  Actually, just a light chuckle in the face of this “wasp without a stinger” would be more than enough of a response for the Almighty God.