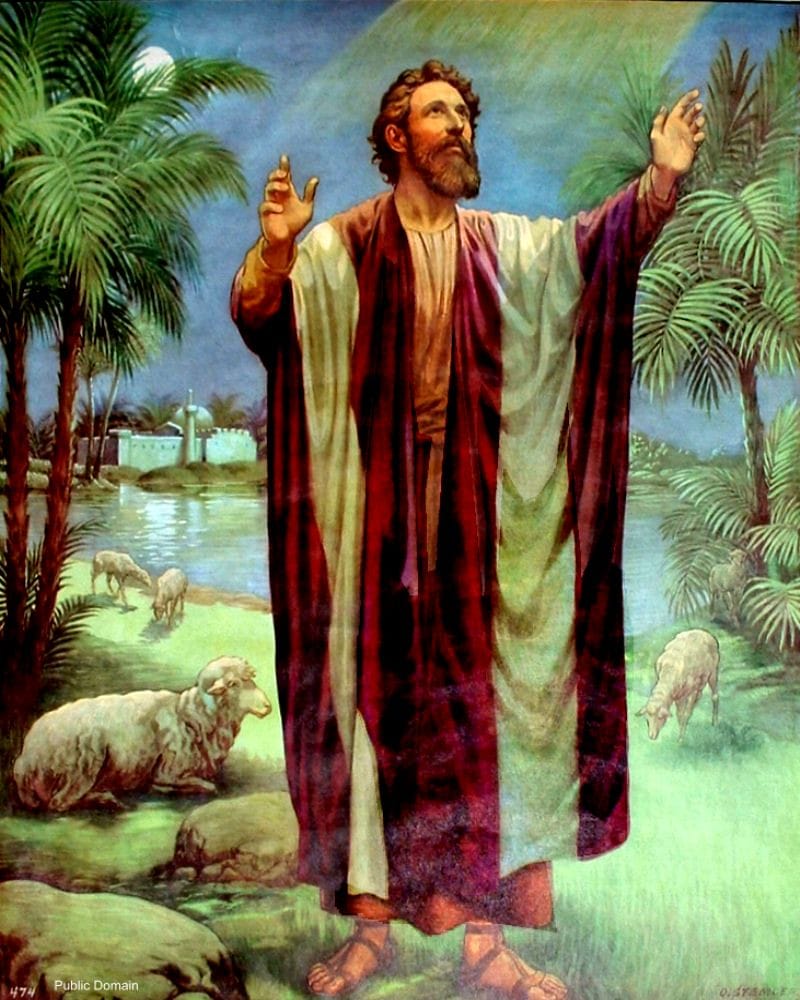 Thanks Bonnie for your questions!

I doubt the word “nationality” as you use it had the same meaning 4000 years ago as it does today… He was born in the area between modern day Basrah and Bagdad in Iraq, and while some people jokingly refer to him as an Iraqi Jew, this is a complete anachronism. Wikipedia hints that that area only began being called Iraq in the 6th century, some 2400 years after Abraham.

The word Hebrew comes from the Hebrew word Ever, which is the name of his ancestor Ever, great grandson of Noah of Flood fame; and also midrashically meaning “the other side,” meaning as explained by Jewish sages the whole world was on one side and Abraham was on the other side (the side of the monotheistic God).

Abraham’s status as a Jew is also anachronistic. He is the founding patriarch of the what are referred to today (for the last 2500 years or so) as the Jewish People, but the term Jew comes from the name Yehudah (Judah), who was Abraham’s great grandson and was barely in his twenties or thirties when Abraham died. In fact, Judah’s people were called Israel after his father’s name (who was born Jacob and renamed by God) until Queen Esther’s time, when people from all 12 tribes began to be called Jews and not just Israel.

But if by when did he become a Jew you mean when did he have the life altering experience that made him what he was, it depends on which event you mean:-) Perhaps when God first spoke to him, telling him to go to the land He will show him; perhaps when God first promises him that land; perhaps at the Covenant of the Pieces… Jewish tradition does not have a clear answer to your questions 🙂

PS I just found the book that clarifies Biblical dates that I have, it says that Judah was born in the year 2196 (counting from the creation of the world) and Abraham died 2123, which means he died 72 years before Judah was even born! this strengthens my point that to call Abraham a Jew is extremely anachronistic.