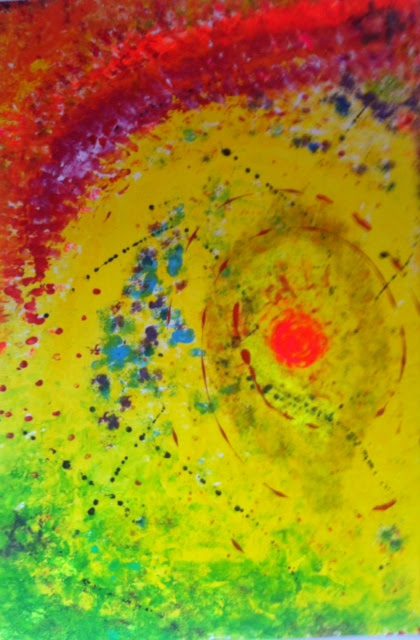 We all grew up learning that “Korach,” the main personality in this week’s Torah portion, was a selfish trouble maker, always up to no good, looking for a good argument. After all, who could have the chutzpah to argue with the greatest leader of all time, Moshe Rabenu. Moshe Rabenu, whose every word was merely an extension of the mouth of God, is now being attacked by his cousin as a nepotistic person at the end of his line. In order to validate this assessment, let’s look at the opening words of this Torah portion so that we can decide for ourselves.

Before doing so, I need to share with you that many great scholars, such as The Ishbitzer Rebbe, refer to “Korach” in a positive light by calling him as “Zaide Korach,” our grandfather “Korach.” No question that “Korach” had strong leadership qualities was a “talmid chacham” and had strong following. Perhaps it were “davka” those traits that got him into this fine mess.

The Mishnah in Avot teaches, Rebbi Elazar Hakapar says, seeking honor, jealousy and running after desires take a person out of this world (Avot 4.28). Reb Levi Yitzchak of Berditchev teaches us that when the Torah says, “And Korach took…” (Bamidbar 16.1), we learn that there are two types of Holy people in our world. There is the one who serves God only to bring joy to Hashem and then there is the one that serves God to take, to receive “credit,” reward for his actions.

The first one does not really care if he is the one bringing this joy to God or if it comes through someone else’s actions. The main thing is that God is enjoying the fruits of his creations. The second one, however, he needs to be the one who gets credited for bringing this great joy to Hashem. Only I can do this great deed and no one else. Only I am on the level to be the vehicle for this goodness in the world. This is what it means when it is written, “And Korach took…” he took for himself. He did not care as much about the joy of God and the good of the people as much as he cared that all of the goodness be brought down to this world ONLY through his actions. Therefore, he created dissension and argued against Moshe Rabneu in order to sway the people’s sentiments toward him and his ability to lead them into Eretz Yisrael.

Our “credit,” our reward, is that we have done something good for another person, that we have brought joy to our Creator and that at that moment we are taking part in making this world a better place. We fix ourselves and thus we are a part of fixing the world. How great a feeling it is when we see others doing so as well. As I mentioned a few weeks ago, it is all about the “klall.” It is about all of us, not about me. Whatever I do good is only on behalf of everyone, not to be recognized on a personal level. This is what brings joy to God. He loves seeing us help each other.

Reb Levi Yitzchak continues, “Korach” was brilliant. As a leader he read into the situation and decided, based upon the prophecy of Eldad and Meidad (Bamidbar 11.27), that Moshe was not going to be allowed to bring the “B’nai Yisrael into Eretz Yisrael.” He brilliantly surmised that as Moshe was the leader of the “dor hamidbar,” generation of the dessert, it meant that he was there only for that purpose. The main character trait of the “dor ham’deber” (play on words), generation of speakers, was just that. Speech. He also knew that entering into The Land would require a new trait. Action! Korach thought that Moshe, as the leader of the generation of speakers, was apparently not fit to lead the people into a world of action. Only he could be fitting for this job.

So according to The Slonimner Rebbe, “Korach” created “machloket,” dissension and argument. He claimed that every member of the community was holy and equal and had God inside of them. Why are you raising yourself up above everyone else? (Bamidbar 16.3). In reality did Moshe raise himself up? Absolutely not! He was simply being the mouth piece for Hashem’s words and wishes.

According to the Zohar Hakodesh not only was he arguing on Moshe, but as a result he was arguing on God, Peace and Shabbat. As a result of his attacking Moshe, Hashem’s chosen leader, he was arguing against God Himself. Korach seems to have decided that God’s world needed a change. Instead of a world of opposites and couples, where in all walks of life there is always one who influences and one who receives, we need to change to a society where everyone is equal, everyone decides for themselves and there is no world foundation of influencer and receiver. Rather, I do as I choose.

We all know the profile. A professor, a politician, a community leader who does great work, is brilliant and knows how to communicate with the masses. He/she may also be sure that only he/she is right. My way or the highway! My idea and opinion is for the good of the people, whether you agree or not. Fix your eyes to see it my way and everything will be all right. No thanks, “I say,” I prefer to see as much of the whole picture as I can before committing to your demand.”

Unfortunately, not all of the world is prepared to open their eyes to see the whole picture. With regard to couples and opposites in that Hashem established in our world, the Slonimer reminds us that the sun fills the moon. Day compliments night. Man and woman influence and complement each other. Shabbat opens the gate for a new week. This world is the hallway for the world to come (Avot 4.21). There are leaders who are open to receiving their “shefa,” influence from God and others who seem to think that they know better.

In Israel we are blessed to see the world with different eyes, as the eyes of God are always on us in The Land (Devarim 11.12). As such we can accept that the same God that brings us sustenance and joy can also be the One who sends plague and challenges us with difficulties, as we see time and time again in The Holy Torah. Therefore, I need to always be preparing to connect to the side of the light. So each day we pray after the morning Shema, “emet,vyatziv, v’nachon.” God is the giver of truth, straightforwardness and the correct path of life, “bli shtikim, bli trikim,” no deception or trickery allowed. I want to merit to connect to the light. I want to see that everything I do brings me closer. Korach, Rashi says, brought with him a deceptive business deal by which to seize power. We need to steer away from such behavior and be straight and on God’s path.

Hashem has been showing us so much in the past few months. Now he is making us aware that soon there may be a great Aliyah of Jews seeking to come home to Eretz Yisrael. Who knows? We could be looking at a sudden influx of more than 100,000 Jews immigrating to Israel. Are we getting ready? Do we understand that it is not only that they need to come here, but that we need to receive them properly, both to help them have a successful and comfortable Aliyah experience and for us to get to know them? It is a good learning and growth experience for us to connect to them and benefit from their 100+ years of experience in organizing successful communities, education centers and business ventures. As I said last week, we need each other! My brothers and sisters here in the Holy Land, if you thought that last week I was only speaking to the Jews of “chutz la’aretz ,” think again. This is a two-way street. Much is upon us to make this new plan of Hashem’s work to everyone’s benefit.

Korach was right in saying that we are all holy.We are all, as Reb Shlomo would say, holy of holies. As such we need to act holy, truthful, straight forward and honestly in everything that we do, with no exceptions. Let’s stop assessing who is more important, who is more appropriate to lead, who has the upper hand and instead, approach this new stage in our history from a perspective of caring, sharing, influencing and receiving from each other. “Kulam yisb’u v’yitangu me’tuvecha.” We are all satisfied and delight in your goodness. May we all be blessed to feel a sense of spiritual satisfaction, open to receiving the “shefa” that Hashem is constantly sending us and bringing Him “oneg” by saying thanks for all of the goodness we have received and are about to receive right now.